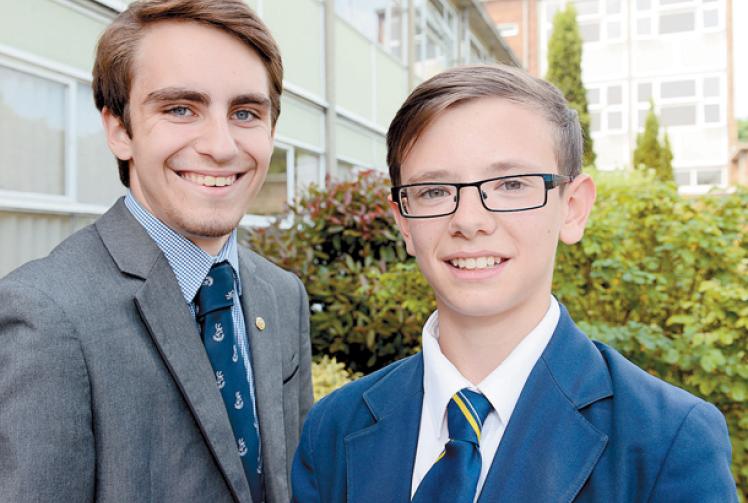 A thankful student has kick-started a fundraising drive to give something back to the hospital which has helped to keep him alive.

Furze Platt Senior School sixth former Callum Serls will tackle the RBC Race for the Kids in Battersea Park on Sunday, June 8, in a bid to collect more than £1,000 for Great Ormond Street Hospital in London.

The 17-year-old was born with tracheoesophageal fistula - an abnormal connection between the oesophagus, which takes food to the stomach, and the trachea, which takes air to the lungs.

The two pipes cross over, meaning food can inadvertently pass into the lungs and air can be taken to the stomach.

The condition was discovered at Wexham Park Hospital in Slough on Callum's birth, before he was transferred to the John Radcliffe Hospital in Oxford to undergo surgery.

Now a keen footballer, he was taken to Great Ormond Street when he was seven-months-old following complications and has now had a total of 12 operations. Eight of them were before his third birthday.

Callum's oesophagus is narrower than it should be and to overcome this a procedure in which a balloon is expanded in the pipe to stretch it is carried out almost on a yearly basis, the latest of which was in March 2013.

"I could never raise enough money to repay them (Great Ormond Street Hospital) completely but I will continue to do something each year," said Callum, who is hoping to build a career in sports journalism when he finishes school.

"It's such a great hospital and the cause is incredible.

"It's a chance to give something back from myself and for the people getting treated there day in, day out."

Callum, who lives in Napier Road, has so far collected almost £900 of his £1,000 target and will complete the 5km run alongside friend Sam Doyle, who is in year nine at Furze Platt.