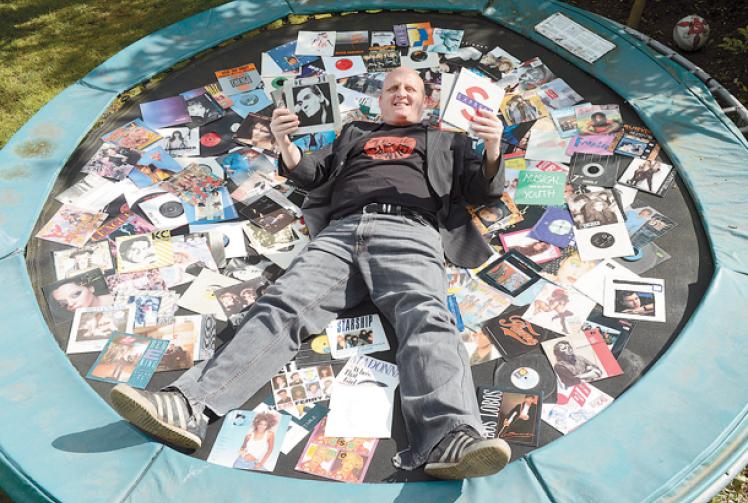 The man behind The Vinyl Frontier has completed a mission to bring together all 190 number one singles from the 80s.

Jeff Lloyd has spent months assembling the unique 7in vinyl collection through generous donations and hours of rummaging through vintage collections in charity shops and car boot sales.

The dad-of-two regularly hosts The Vinyl Frontier evenings at Norden Farm Centre for the Arts, playing a classic record from start to finish with trivia, facts and slideshows threaded in between.

The hunt for every number one from the decade began as a side project when Jeff realised he already had about 40 chart-toppers from the era.

"The way these things go, you see from a long out which will be the difficult ones," said the 47-year-old.

"I thought the last one would be Glenn Medeiros' 'Nothing's Gonna Change My Love For You.' He was an 18 year-old with a horrendous mullet.

"I thought that was going to be the one but I got it through a donation.

"Novelty singles are always hard to get hold of. People listen to them on repeat and then get so fed up of it they never play it again and throw it out."

When Geno by Dexys Midnight Runners landed on his doorstep last month, the discography was complete.

The financial advisor is now looking to host a charity night to showcase the records and auction them off as a complete collection at the end.

All the money from the evening would be donated to Rosie's Rainbow Fund, which works to support sick and disabled children in hospital, school and in the community.

The next event being hosted by Jeff is 'The Vinyl Frontier Singles Championship' at Norden Farm in Altwood Road, Maidenhead on Friday, May 23.

Special guests will each discuss and play their favourite vinyl single, with the audience voting for a winner at the end.