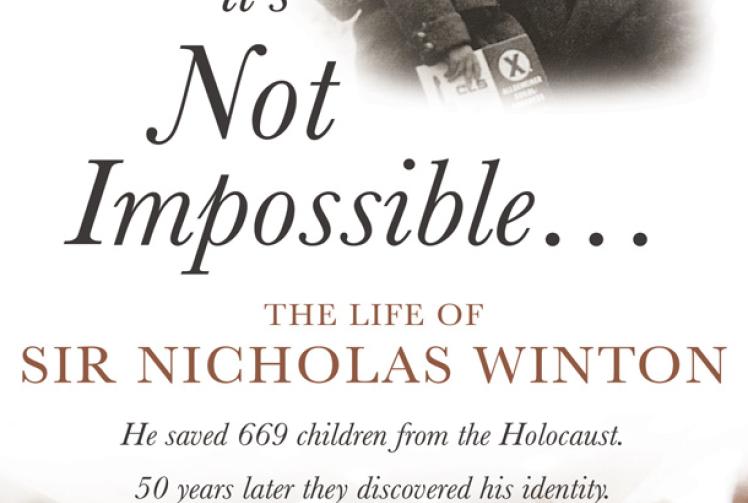 The daughter of a man known as 'The British Schindler' has written a biography of her father's life.

Barbara Winton’s 'If It's Not Impossible...' will go on book shelves from Monday, May 19, following four years of research and writing.

Her father, Sir Nicholas Winton, who lives in Pinkneys Green, saved more than 600 mainly Jewish children by helping them flee Nazi-occupied Czechoslovakia on the eve of the Second World War in 1939.

As well as interviewing her father, the 60-year-old author also sifted through his letters to and from family and friends to piece together the story of his life before, during and after the war.

The complimentary therapist, who lives in Hereford, said: "A lot has been written about my father but there were still lots of questions asked about why he did what he did.

"In the biography I cover his family history, early schooling and work life, giving the full story people can see for themselves what might have influenced him."

The launch will take place at the embassy of the Czech Republic in London on the same day as Sir Winton's 105th birthday.

Norden Farm Centre for the Arts in Altwood Road held an invitation-only event on Thursday to mark the birthday of Sir Nicholas.

It will be attended by members of Maidenhead Rotary Club and Maidenhead Synagogue.

Copies of the biography will be available at Maidenhead Heritage Centre in Park Street.