CROSSRAIL: A closer look at the ongoing project

CROSSRAIL: A closer look at the ongoing project 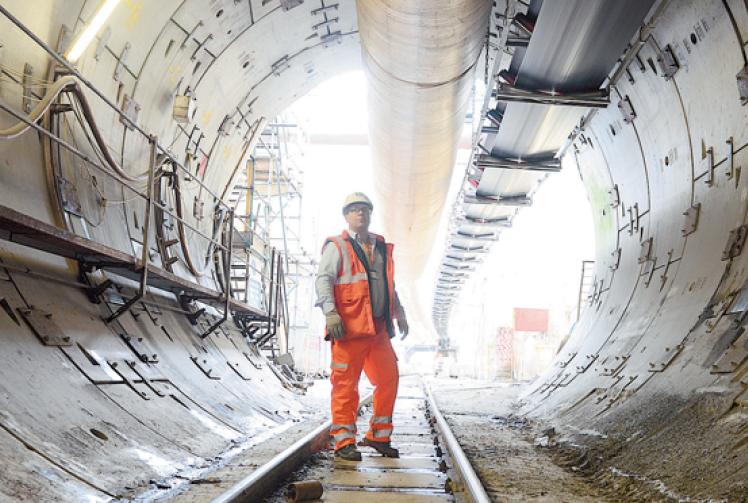 Advertiser & Express staff were in London today for a closer look at the ongoing Crossrail project.


Reporter Michael Owens and photographer Nick Parford first visited the Royal Oak Site in West London where the service's trains will enter tunnels underneath the city.

Two huge boring machines named Phyllis and Ada - both more than 100m long - began digging through the earth at a rate of about 100m a week in 2012.

Burrowing under the existing Paddington railway station, Bond Street and Tottenham Court Road, they have now reached Farringdon - where they were met by other machines from the east.

It will be through this route that passengers from Berkshire will be able to travel past the usual end of the Great Western Main Line, through the city and beyond.

He said there would be six hourly services to the capital from Maidenhead, with existing First Great Western fast-train services remaining.

Surface Director of Crossrail Matthew White in 'The Box' at Paddington

He added there will be a series of improvements to stations along the route as well - including extended platforms to fit longer Crossrail trains and over-head power lines to power them.

Mr White said the new trains would be more comfortable than the diesel trains passengers are used to, will fit about 1,500 people and be more efficient.

He explained Crossrail would present master plans for development in the 'urban realms' around the stations - which also include Twyford, Taplow, Burnham, Slough, Langley and Iver - in the coming months.

It aims to work with councils and transport authorities to determine a plan for developing infrastructure around the stations to cope with the demands of an increase in passenger numbers.

The Advertiser and Express team was also given a glimpse of the mammoth task of building the new Crossrail station at Paddington.

Nicknamed 'The Box', work is ongoing to excavate down through thousands of tonnes of London clay towards the tunnels.

When completed, rail users will catch trains in and out of Paddington from two storeys below the existing 19th century Brunel building.

Crossrail is on schedule to open in 2019 and is expected carry an estimated 200 million passengers a year.

See next Thursday's Advertiser or next Friday's Express for a full report, & check back online for more pictures and a video from the day.