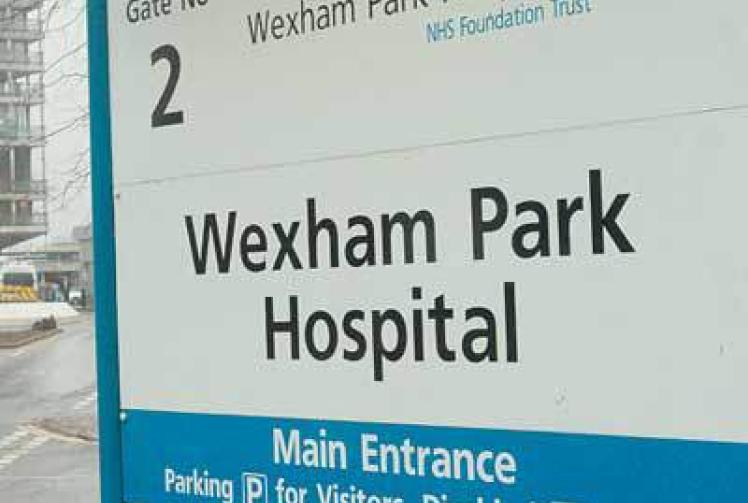 An inspection rating of inadequate has led to Heatherwood and Wexham Park Hospitals NHS Foundation Trust being placed in special measures.

The trust was inspected by the Care Quality Commission (CQC) in February, which found unsafe staffing levels, with a shortage of doctors, nurses and other healthcare professionals.

It was also found to have a heavy reliance on agency staff.

It was also judged Wexham Park Hospital failed to consistently meet national targets to admit, transfer or discharge patients from the A&E department within four hours.

Inspectors noted a lack of 'safety culture' outside of the children's and young people's department and accusations of harassment and bullying were heard throughout the organisation.

Health regulator Monitor has arranged for Frimley Park Hospital, in Surrey, to partner with the trust to provide support and former NHS chief executive Mark Davies has been appointed as improvement director to make sure the trust delivers the required improvements.

It is also recommending for the trust to be taken over by the Surrey hospital.

Mark Turner, regional director at Monitor, said: "The patients of Heatherwood and Wexham Park expect to receive high quality care, so we are disappointed by the shortcomings highlighted by the CQC.

"Patients deserve better and performance to date has simply not been good enough. "They want good quality care provided by their local hospital. The best way for this to happen is a takeover by Frimley Park, and we're working hard to help make this happen."

Monitor has said the trust will be required to implement urgently a series of actions to strengthen how it is led and prevent further poor care.

The trust will also be required to produce an action plan and publish it on the NHS Choices website.

In a statement responding to the report, Slough MP Fiona Mactaggart said: “This report echoes concerns I have expressed  since 2007 that the hospital is failing to learn from complaints, has a chaotic outpatients system and has failed to recruit and retain stable, experienced staff.

"Its management has too often failed to listen to patients.  As financial pressures have grown since 2010 these problems have intensified, with patients routinely waiting in Accident and Emergency for over 4 hours and other shocking failures in care.

"I welcome the tough action proposed by Monitor and hope that Frimley is able to merge with our hospital soon and bring better leadership and greater financial stability: both are needed for our hospital to improve."