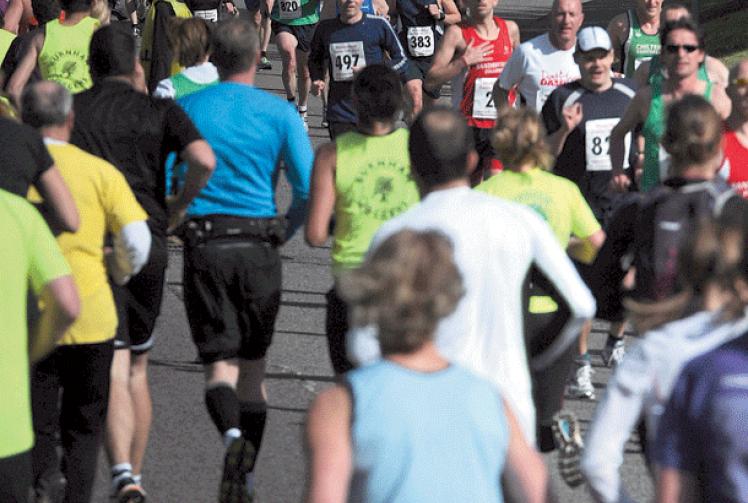 
Anuradha Cooray, the winner for the previous three years, was beaten to the line by Phil Wicks, who was crowned champion in a time of 49 minutes and one second.

The 30-year-old from Belgrave Harriers said: "It was great, I was really pleased with that today.

"It was quite warm and breezy but I got my head down and tried to run a quick time.

"I went off probably a bit hard and paid for it at the end.

"I was hoping to try and win it but it's a tough race. I haven't ran here for seven years but I won it three or four times before that so I'm really pleased."

Diane Moore of Headington Road Runners was the first woman home in a time of 62 minutes and 58 seconds.

The 39-year-old said: "I'm surprised and pleased. I didn't expect to win at all because I'm just getting back into training after a bit of a break.

"I haven't ran here before and it's a really lovely course."

A total of 867 runners competed this year from clubs all over the country, with Vale of Aylesbury winning the men's team event and Headington Road Runners the women's.

Mayor of Windsor and Maidenhead, Cllr Andrew Jenner, was on hand to start the race and hand out medals.

Maidenhead Athletic Club entered a team of three men and three women, with 80 members taking up positions as marshals alongside Maidenhead MP Theresa May.

Race director Ian McKenzie said: "It's our main event of the year.

"Any proceeds we make are split between Thames Valley Adventure Playground and the club to support the junior athletes who all get free coaching."

The race, which began in 1953, is thought to be one of the oldest in the country and preparation for 2015's Easter 10 will soon get underway.