Hindu community centre could be built in Blackamoor Lane

Hindu community centre could be built in Blackamoor Lane 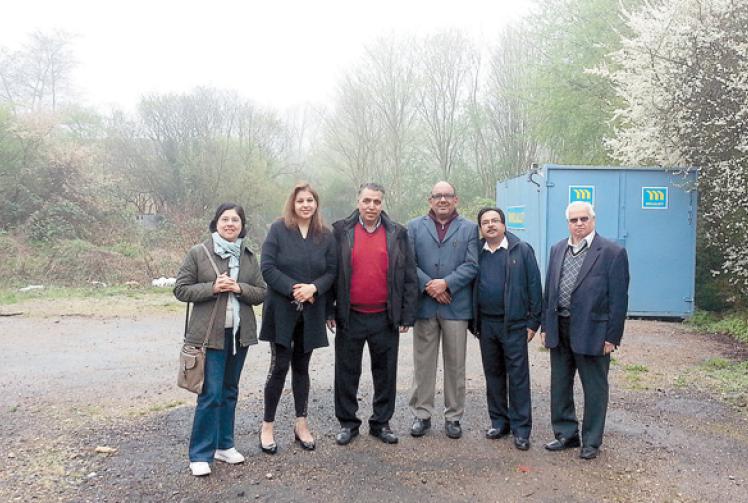 A new community centre for the Hindu community could be built in Blackamoor Lane in Maidenhead.

The proposal, which is in its early stages, is to buy the site from the Royal Borough, and build a two-storey cultural centre.

The Hindu Society of Maidenhead (HSM) is behind the idea and it will fund the project entirely. A previous bid to build a centre in Lincoln Road was refused by the Royal Borough last September after fears were raised over parking and the road's residential nature.

The society has identified an alternative site off Blackamoor Lane which belongs to the Royal Borough and is available for community use.

It is currently lying unused.

Society spokesman Chander Malhotra said the centre will be for 'cultural, educational and religious purposes' and will provide somewhere for elderly Hindus to gather.

He added that the site is 'very appropriate' and already has an adjacent car park.

"If the local community want to meet us and have a chat about it we are very willing to do so at any time," said Chander.

"We want to work with the community not away from them."

Plans are not finalised but it will be a two-storey building, which will fit in with the aesthetic of the area.

He added that the centre would mainly be used in the mornings, evenings and weekends.

Society member Seema Sharma explained choosing a site which had the lowest impact on neighbours was a 'big factor' in choosing Blackamoor Road.

The society has applied for the land to be listed as an asset of community value, meaning community groups would be given preference if the land went up for sale.

Despite rejecting the previous plans, some borough councillors signalled they supported the idea of Hindu community centre.

In September, Cllr Leo Walters (Con, Bray) said he would 'love' one to be built.

Cllr Simon Dudley (Con, Riverside) said then that the Royal Borough 'clearly' needs to work with the Hindu Society to find another site.

A Royal Borough spokesman said yesterday the plot has been vacant for eight years.

“We don’t have evidence of a current or recent use that furthers the social wellbeing of local people," he said.

But he added that the Royal Borough is under no obligation to sell the land.