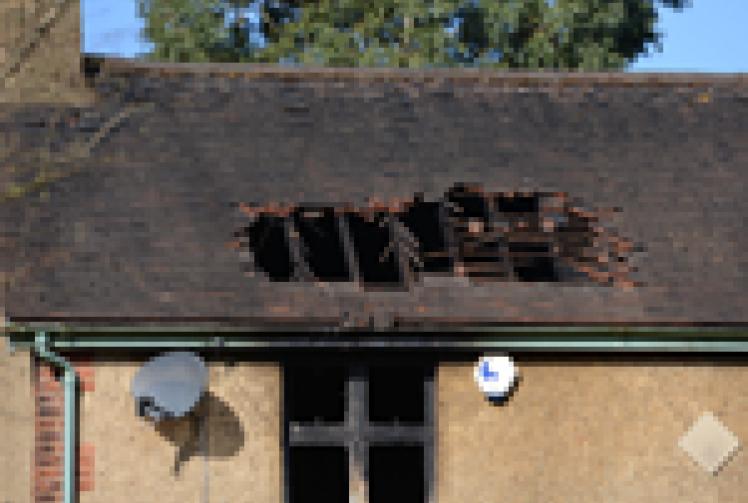 A firefighter was injured when attending a house fire in Woodlands Park on Friday morning.

He was treated at the scene for minor burns by paramedics before being sent to hospital for a precautionary check-up.At 3.27am this morning a resident called 999 to report flames coming from the house next door.

A nightclub in Windsor labelled a 'violence hot-spot' by police faces losing its licence after numerous crime and disorder incidents.

Thames Valley Police has recommended Mantra has its licence revoked, and has put forward that recommendation to the Royal Borough's licensing sub-committee.

A knifeman who repeatedly stabbed a drug dealer in Slough has been handed a lengthy prison sentence and told it was 'only by fortune' his victim did not die.

Mohamed Mohamed, 22, of Stoke Road, will spend up to 25 years in prison for the attempted murder of Jivan Macson shortly after midnight on June 21.

Mary Berry mania swept the village on Saturday as hundreds of people turned out at the Horizons Bookshop to meet the star.

The popular food writer, known to millions as a judge on BBC show The Great British Bake Off, was making a special appearance to sign copies of her new book, Mary Berry Cooks.

The A404 has been named and shamed as one of the worst roads in Britain.

A study by WeLoveAnyCar.com showed that 58 per cent on all journeys along the A404 to the M4 were delayed - making it the third worst road nationwide.

It falls only behind the A52 Brian Clough Way in Nottingham and the A61 from Barnsley to the M1.

History will be made when the first ever state visit to the UK by an Irish head of state takes place from Tuesday, April 8 - and it will begin in Windsor.

The Queen and the Duke of Edinburgh will welcome President Michael D Higgins and Mrs Sabina Higgins at the specially-built pavilion at Datchet Road.

On this week's SportsTALK the team focus on Maidenhead United FC.

Four defeats in a row leave the team fighting for survival.

Another £3,000 of taxpayers' cash looks set to be spent on a Tory bid to get the Labour leader of Slough Borough Council to resign.

An extraordinary council meeting is due to be held on Tuesday which calls for Cllr Rob Anderson to resign his post over an 'inadequate' Ofsted rating given to the council's children's services department.

Burglaries of charity shops in Eton Wick and Maidenhead have left the community 'upset' and staff sickened.

Burglars struck at the Eton Wick branch of Age Concern Slough and Berkshire East over the weekend (Mar 15-17), forcing open the main doors of the shop in Eton Wick Road and stealing a safe and its contents.

An appeal to restore the Twyford Men's Club building to 'its former glory' is set to be launched.

The members of the Twyford Snooker Club, based in the building in Wargrave Road, aim to find an estimated £50,000 for repairs after stepping away from a project to build a multi-use ‘hub’ for the village.

The Environment Agency (EA) has been criticised by members of the Royal Borough's flood group for saying recent flooding was 'not a major event'.

A heated meeting, held on Thursday, left one member in tears after the EA was unable to answer her questions.