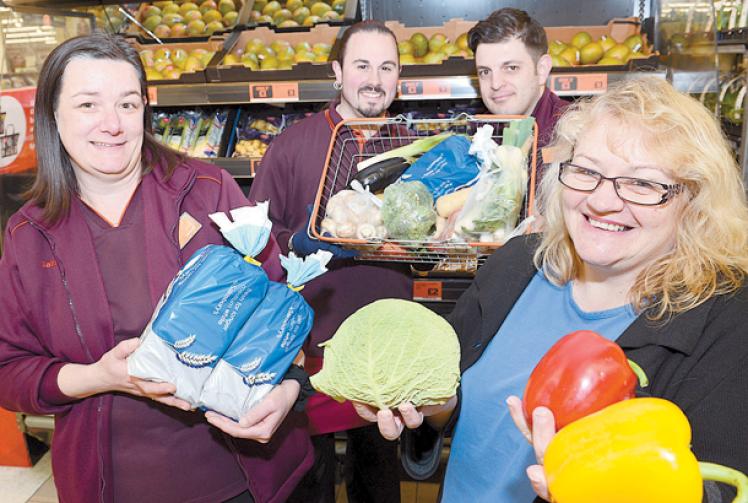 A major supermarket has pledged its support to a charity which feeds Maidenhead's hungry people.

Sainsbury's have been donating to Open Kitchen since Monday March 10

On Monday, March 10, the Sainsbury's store in Providence Place began donating unsold but safe-to-eat food to Open Kitchen, a charity set up in 2010 which provides hot meals for disadvantaged people.

Charity founder Sue Brett says the supermarket has already donated hundreds of pounds worth of produce. On the first day of the partnership she was able to cook a soup for 50 people without paying for any ingredients.

This, she says, opens up the charity's funds for buying non-perishable food.

Although the store can't sell the food, Sue assures that it is all perfectly safe to eat.

She said: "We're ok to use it the following day. It's things that are not going off, they just can't sell them. Bread, eggs, fruit, vegetables, cakes.

"We're hoping to get meat. That would have to be cooked the night we get it, but that's not going to be a problem."

Sue, who runs the charity as a volunteer, explained that supermarkets have to throw out an entire box of eggs if just one of them is broken.

Sainsbury's now donates those unharmed eggs to Open Kitchen and Sue uses them to cook hot breakfasts for the homeless and hungry.

In September Sue launched a petition urging supermarkets to give away surplus food. It has been signed by more than 2,400 people.

The 50-year-old called the town centre superstore 'pioneers' for their level of commitment.

She added: "They're leading the way for the other supermarkets to follow."

Tara Essan, from the store's human resources department, said the scheme ties in with its corporate commitment to helping the community.