Sausages and exercise pays off at Crufts

Sausages and exercise pays off for dog owners at Crufts 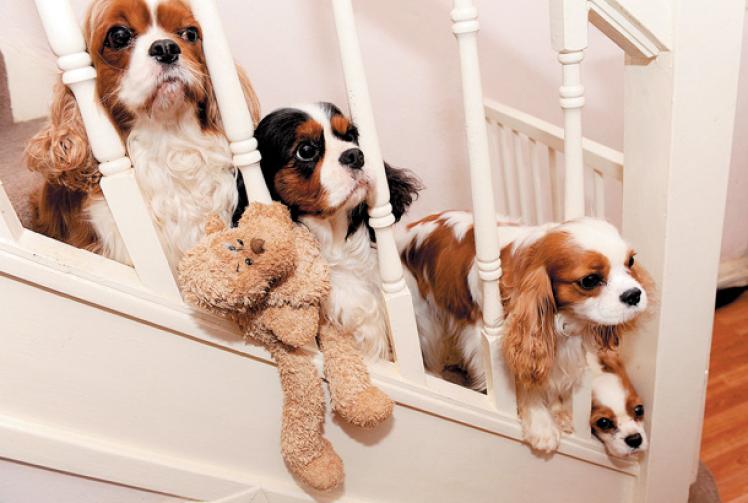 Cocktail sausages and pre-show exercise were tactics used by canny dog-owners who saw their beloved pets shine at Crufts.

The world-famous show was held at Birmingham NEC from Thursday, March 6, to Sunday and saw arena triumph for owners from Bray and Cookham.

The two-year-old won the graduate bitch category for her breed but Jim was not always sure she would be up to competition standard, saying she can be 'hard work'.

"She's a bit full of herself," said Jim, who has been showing dogs at Crufts since 1990.

"When she was younger I did not know if she'd be up to scratch."

But on the day Tegan starred, beating 20 others in her class to be crowned queen of the spaniels.

Her 68-year-old owner said he lets Tegan release energy ahead of meeting the judges. This calms her down.

"I run her around before showing her to get some of that strong will out," he said.

"I try to wear her out before I take her in."

Veteran Shirley Lee, from Bray, showed five of her chihuahuas at the dog show and the 66-year-old maintained her record of never returning without success.

Pearlie, her long-coat chihuahua came out as top dog in her limit bitch category and was one of 260 judged on the day.

Picardy, who won her category last year, scored a runner's-up rosette, as did fellow long-coat Pasha.

Keeping dogs entertained has its challenges, especially when they have to be in top-condition for the judges.

She said: "They all behaved very well.

"I couldn't ask them to do any more."