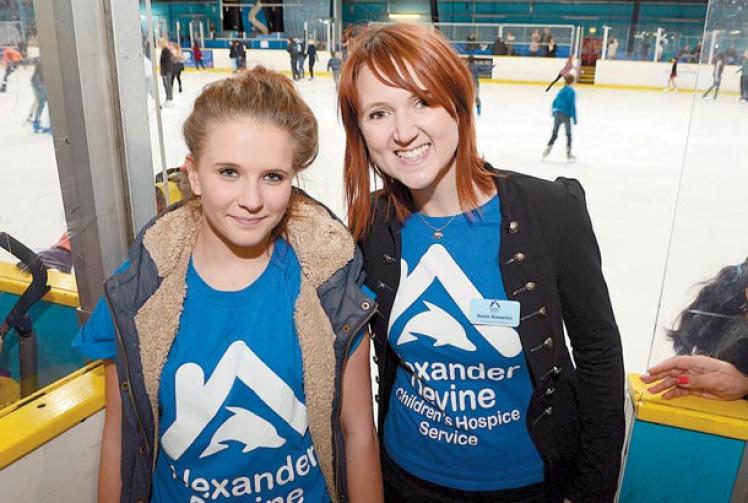 A teenage ice dancer is putting on her own show to raise money to build Berkshire’s first hospice for children.

The student at Westgate School in Cippenham Lane, Cippenham, has skated since she was four and trains at the rink five days a week.

When she heard about the charity's campaign in December Lauren decided to use her skating skills to raise some cash for it.

"I wanted to do something to help a charity and these guys desperately need it," said the 15-year-old.

"I wanted to put my efforts to raise money for them to get the hospice and do it around something I love.

Her show - Ice Breaker - will feature performances from Absolutely Ice skaters including the SPICE team for young people with additional needs, British champions and more.

Lauren designed the tickets and posters for the show and was backed by ADCHS co-founder and chief executive, Fiona Devine.

“We are full of admiration for Lauren in organising such an exciting event and we are sure it will be a fabulous show for all the family," she said.

Bosses at the rink were happy to support Lauren by donating facilities for free, persuading the Slough Jets to change their practice schedule and saving her £600 on rink hire alone.

"It's our little bit that we can do," said centre manager Matt Schofield.

ADCHS launched a £5m capital project in November to build the hospice at Snowball Hill in Woodlands Park, Maidenhead and plans to start work within the year.

The Devine hospice mission is being backed by the Advertiser and its sister papers, the Windsor & Eton Express and the Slough & South Bucks Express, through the Together We Can Built It campaign.