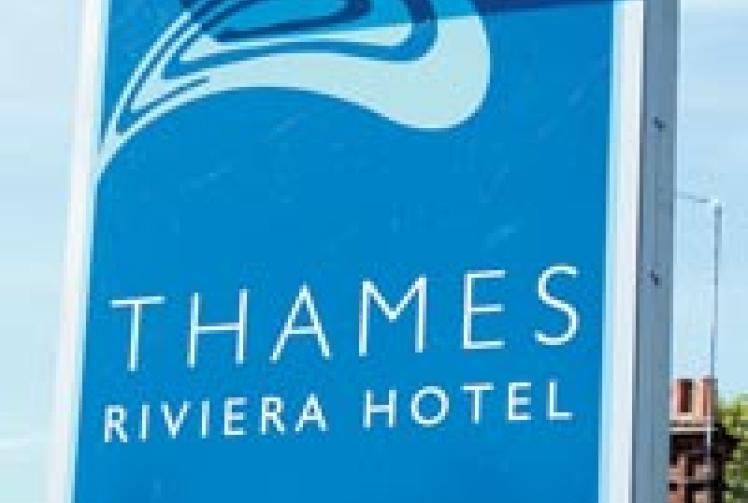 The Royal Borough has rejected plans by the Thames Riviera Hotel to build a 12-room extension and to demolish a late-nineteenth century building.

Galleon Taverns, who own the Bridge Road hotel and restaurant, had applied to refurbish the building's Guard House, and extend it to provide an extra dozen rooms.

The plan also proposed demolishing the hotel's Bridge House, a late nineteenth century lodge style building, which is described by planning officers as a 'significant non-listed building' in the town's Riverside Conservation area.

After being deferred at a planning meeting in December over concerns that the development would add to parking problems, the panel discussed the proposals in Maidenhead Town Hall last night.

Ian Wallace lives nearby the hotel. He spoke at the meeting to object to the plans.

He said that the 12-hotel rooms would cause 'a severe loss of privacy' because the windows would overlook neighbouring properties 11 metres away.

Daniel Smith, speaking on behalf of the hotel said told the meeting that the windows would be glazed to 'constrain' the views out of them.

He said: "I do not think this new building would be to the overall benefit to the conservation area."

After Cllr David Coppinger was in favour of the plans, saying Maidenhead should support plans which could lead to growing businesses.

He proposed approving the plans, but the motion was rejected by a vote of six to three.

Chairman of the panel, Cllr Derek Wilson (Con, Oldfield), then proposed rejecting the plans on the basis that the extra rooms would exacerbate parking problems in the area, and that the plans did not address this enough..

He said: "The proposed development provides insufficient parking. It would add to traffic and parking in the area to the detriment of free flow of traffic and highway safety."

The panel voted six to three in favour of rejecting the application.

Plans to build eight houses in Courtlands were also rejected at the meeting.

A proposed extension to the Pinkneys Arms in Pinkneys Drive  was approved, as were plans to convert Maidenhead Printing and Stationery Co. in Cordwallis Road into three flats.