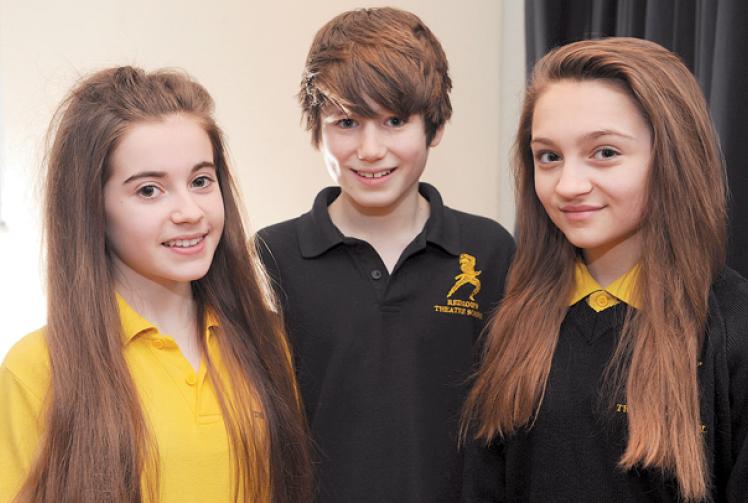 Roles in a Hollywood movie and West End musical are amongst the high-profile jobs recently landed by Redroofs Theatre School pupils.

Aspiring young actors at the school in Bath Road, Maidenhead are hoping to follow in the footsteps of former students including Kate Winslet and have been making teachers proud by achieving a number of sought-after parts.

Full-time pupil Isobelle Molloy has recently returned from Los Angeles where she has been putting the final touches to Disney movie Maleficent, a unique take on Sleeping Beauty.

The 12-year-old plays a young Angelina Jolie in the movie who she also met when filming at Pinewood Studios.

Isobelle has also just finished a stint in EastEnders where she played the part of Bella Young.

Imogen Gurney, 13, is three weeks into rehearsals for her appearance as Julie Hope in the West End production of Billy Elliot.

She is rehearsing five afternoons a week for the part which requires her to learn a Geordie accent as well as how to dance ballet 'badly.'

"It's funny because you have to take it down a level," said Imogen who will also be appearing in the next series of ITV's Endeavour.

Jaydon Vijn, 14, says he is still getting used to seeing his face on the recently released Warburtons pancake television advert.

He said: "It was such a good experience, I never thought I would get into TV."

The dance and football lover, who has played the Artful Dodger in the touring production of Oliver!, says his dream part would be Corny Collins in Hairspray or Willy Wonka.

Carolyn Mayling, co-head of Redroofs with sister Sam Keston, has praised the talent of the current pupils.

She said: "We know the children so well we know what to put them up for."

"We try and keep the school as personal as possible."

Redroofs has 87 full-time pupils and more than 300 pupils who attend part-time.