Three days of heavy rain predicted for the Royal Borough 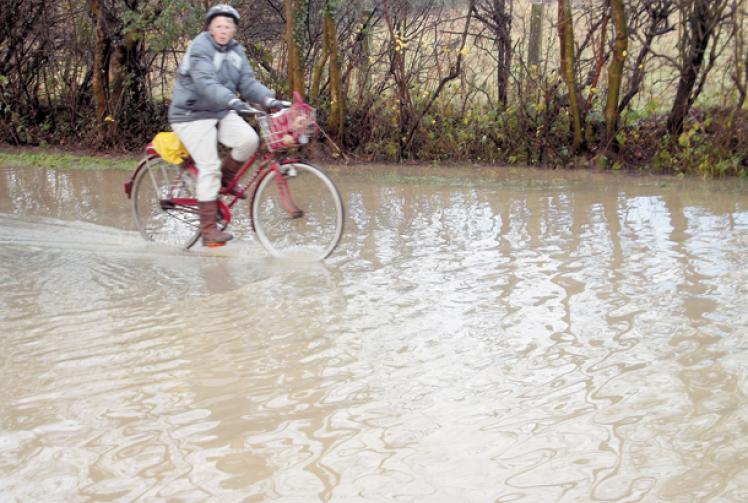 The Royal Borough could be hit with more flooding after predictions of non-stop rain for three days.

The Met Office has warned that there could be non-stop rain from Thursday afternoon right through till Saturday.

It has issued an amber warning, meaning that heavy rainfall is likely, running from 3pm tomorrow right through until midnight on Saturday.

Winds are predicted to reach speeds of up to 52mph in Maidenhead on Saturday, as stormy conditions continue over southern England.

Andy Page, Met Office Chief Meteorologist, said: "The unsettled weather will continue over the coming days with heavy rain across the southern half of Britain on Thursday evening into Friday, and that will be quickly followed by another storm moving in early on Saturday.

"This will bring the risk of flooding and damaging winds bringing down trees to cause disruption to travel and power networks."

John Curtin, Head of Incident Management at the Environment Agency, said: "Following the wettest January on record for England successive bands of heavy rain are forecast, lasting into the weekend.

"With further river and coastal flooding expected this week we have teams working around the clock to protect homes and communities, and over 122,600 properties have been protected over the past three days.

"We urge people to stay safe and not to walk or drive through flood water which can be dangerous."