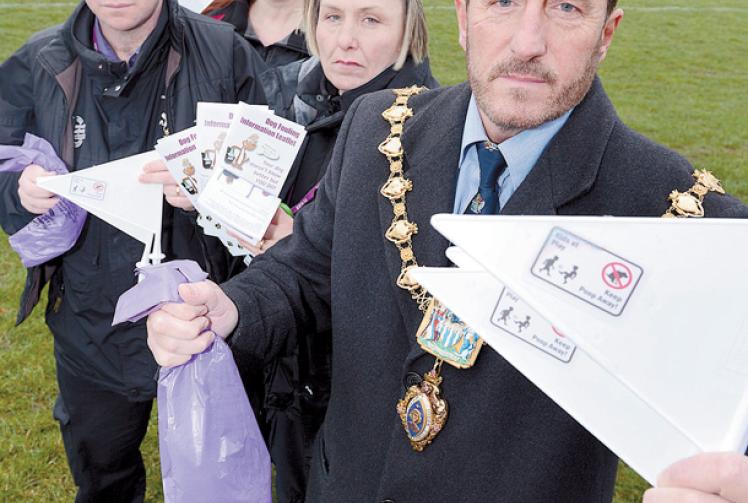 Mayor of Windsor and Maidenhead, Cllr Andrew Jenner, is calling for dog owners to clean up after their pets after he was contacted by users of the rugby pitches in Braywick Park.

The park and sports ground in Braywick Road is popular with dog walkers.

"It was just disgusting," said Cllr Jenner of a recent inspection of the pitches.

"People know it is a play area and they still let them defecate there."

He added although most owners were responsible, the club has been met with aggression when confronting those they have asked to pick up their dog's mess.

Community wardens can issue a fixed penalty fine of £52 to offenders and anyone who refuses to pay can be prosecuted and could end up in court with a maximum fine of £1,000.

"It is just totally irresponsible," said Cllr Jenner, who has an English Bull Terrier called Rocky.

"The wardens obviously have been notified so they will be patrolling the area more."

As well as being unpleasant for park users, dog waste can cause health problems.

According to the NHS website, Toxocariasis is an infection caused by roundworm parasites that can be spread to humans via infected animal faeces.

The website states these parasites usually affect young children, although cases have been reported in people of all ages.

In rare cases, roundworm larvae can infect organs such as the liver, lungs, eyes or brain.

Mr Birch said it was 'a genuine fear' for the club, which has about 500 players between the ages of six to 16 years old.