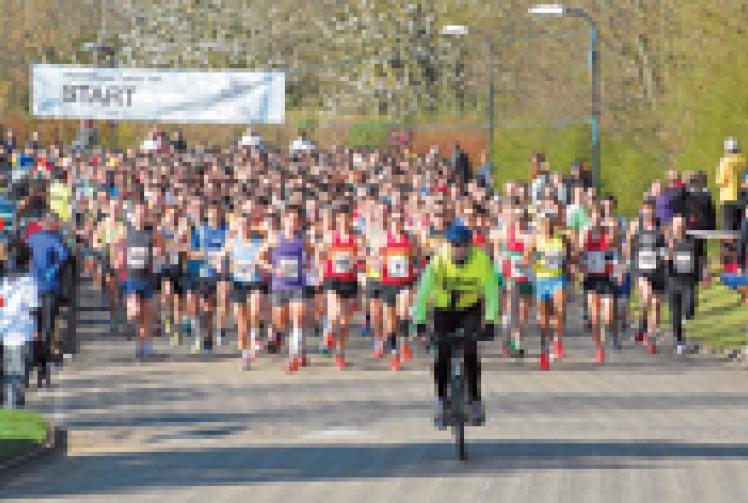 More than 1,000 runners are expected to hit the town's streets on Good Friday for the Easter Ten road race.

The Maidenhead Easter 10 mile gets under way

Organised by Maidenhead Athletics Club, the 61st edition of the ten mile jaunt will take in a three-and-a-half mile course around Maidenhead Office Park and Westacott Way, followed by six-and-a-half mile loop of White Waltham and Cox Green.

Race director, Ian McKenzie, said: "The Maidenhead Easter Ten is a traditional local road race that is well-supported by the residents of White Waltham and Cox Green.

"The race attracts runners of all abilities from quality club athletes, regular runners and joggers."

The event has come along way since Stan Cox from Southgate beat 97 others to cross the line first in 1953.

The 1,000 participants last year ranged in age from 16 to over 70-years-old, with finishing times varying from under 50 minutes to more than two hours.

This year, Ian hopes 1,300 will take part. Organisers have offered complimentary entry to the top runners at 10 athletics clubs in the hope of boosting competition at the front of the field.

Proceeds from the race on Friday, April 18, will be split between Thames Valley Adventure Playground in Bath Road, and the athletics club's junior section.

Ian added that the club's share of the cash will go towards supporting the development of more than 100 young athletes. They are coached by a team staffed entirely of volunteers, and 200 more youngsters are on a waiting list for club places.