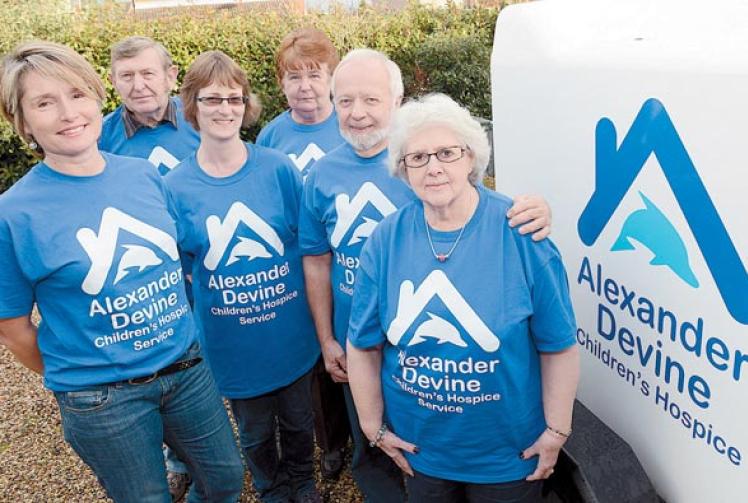 When Helen Johnson first read about plans to create the county's first children's hospice in the Advertiser, she was spurred into action.

She helped form a Maidenhead fundraising group and six years on it is 10 members strong and has raised about £125,000.

Helen, who raised funds for Thames Hospice in Windsor for more than 25 years, is determined to do all she can to make the Alexander Devine Children's Hospice Service target of building a £5m hospice at Snowball Hill in Woodlands Park a reality.

Determined parents John and Fiona Devine are the driving force behind the mission.

They lost their son Alexander at the age of eight to a rare brain tumour.

The family from Dedworth were forced to travel huge distances for help and support at specialist hospices and vowed to honour their brave boy's memory by creating a caring and warm environment in Berkshire suitable for other seriously ill children from the county.

Former management accountant Helen, who lives in Courthouse Road, said: "I have been involved in fundraising for many years and I read an article in the Advertiser about the Devine family and what they had gone through with Alexander.

"The fact they wanted to set up children's hospice services as well as building a hospice somewhere in Berkshire and I thought 'this is something I have to get involved with'."

The group also has a database of people who are able to help out with events and fundraising activities such as attending village fairs and regattas, where they set up toy and book stalls and spread the word about the charity.

Helen, a mother of two and grandmother of five added: "Each year we have a calendar running from May to September when we meet most weekends.

"Over the years we have done events such as quiz nights, bridge afternoons and line dancing in order to target different groups of people."

The first event if the year for the group is the Lions Club of Maidenhead Duck Derby at Boulters Lock, Maidenhead and the final event of each year is the Eton Community Fair.The group also holds a Christmas fair in the Desborough Suite at Maidenhead Town Hall.

The room was not available this year so they set up a pop-up shop in the Nicholsons Centre.

"People are surprised that there isn't already a hospice in Berkshire", said keen gardener and rugby supporter Helen, who sits on the Maidenhead & District Chamber of Commerce executive committee and moved to the town from London in 1970.

"Everyone is very supportive because it's such a good and emotive cause.

"We're always looking for donations and we hope to see the building of the hospice start this autumn."

The hospice mission is being backed by the Advertiser and its sister editions, the Ascot, Windsor & Eton Express, and the South Bucks and Slough Express.

Visit our Together We Can Build It page.