Trust chairman speaks of pride in giving to good causes

Trust chairman speaks of pride in giving to good causes 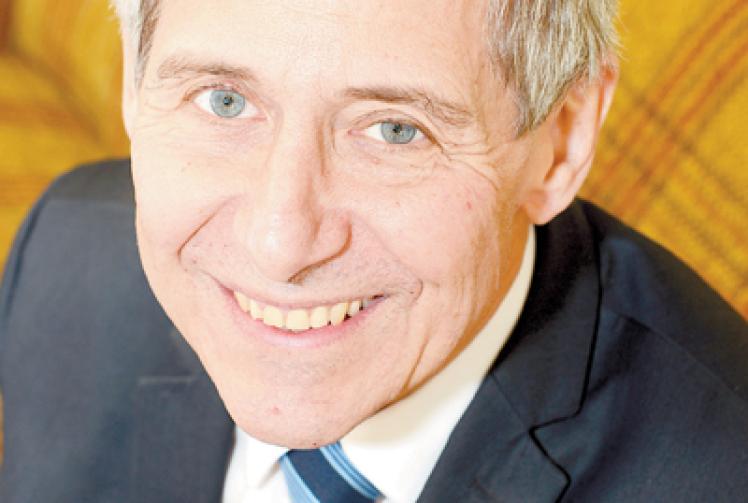 The chairman of trustees for the Louis Baylis (Maidenhead Advertiser) Charitable Trust has spoken of his pride at being involved with an organisation that has given millions of pounds to good causes. The Trust, which was set up in 1962, receives at least 80 per cent of the Advertiser's profits which it ploughs back into our community.

After overseeing more than a decade of dishing out cash to charitable causes, Peter Sands knows all too well the benefits of the Louis Baylis (Maidenhead Advertiser) Charitable Trust.

As chairman of trustees Peter, who is the third generation of his family to run RH Sands & Sons store in Maidenhead, has seen numerous organisations benefit from donations it makes to the community - currently about £200,000 a year.

"It has been established for more than 50 years and supports a lot of organisations, not just charities, but organisations that are locally based within the Royal Borough," he explained.

"The trust is very fortunate that we have great flexibility in what we can give."

Memorable donations which spring to mind for Peter include handing out cash to Marlow Rowing club when its boathouse was destroyed in 2011 and helping revive the Boulters to Bray swim in 2012 following a 40-year-absence.

"I think a lot of local organisations have come to rely on us and certainly turn to us if they are in difficulty," added Peter. "I guess that is the real strength of the trust."

Scores of organisations have benefited from the trust in recent years, among them Larchfield Community Group, Pinkneys Green Cricket Club and Maidenhead's Citizens Advice Bureau.

Peter, who started working at the furniture store in Queen Street 48 years ago, now wants to see even more organisations benefit.

"Assessing the applications and deciding on grants takes a fair bit of time and of course the trustees are all volunteers but the satisfaction, that buzz of being able to help people, is wonderful," he said.

"I think the trustees are proud to be involved.I do not think we would be here doing this if we did not enjoy it."

Enabling charities and organisations to reap the financial rewards is Baylis Media Ltd, publisher of the Maidenhead Advertiser, which donates at least 80 per cent of its profits to the trust every year.

Since the trust was set up by former editor and proprietor Louis Baylis in 1962, the paper has contributed millions of pounds to the trust for distribution back to the community.

When people buy the paper to read and businesses advertise in it they are effectively helping to fund good causes in the community. And Peter believes with the support of readers and advertisers the Trust will be able to continue its vital role in the community for years to come.

"We are positive about what we are able to do in the future," he said.

"I remember Louis Baylis and him saying he was setting up the trust and of course never dreamed I would be involved. I only knew him as a young lad but I think his ethos for the town is very much continued in the trust and the paper.

"I would like to think he is looking down and saying 'you're not doing a bad job'."

Visit www.whytheadvertiserisspecial.co.uk for information about how to apply for a grant and how the trust can help your organisation.