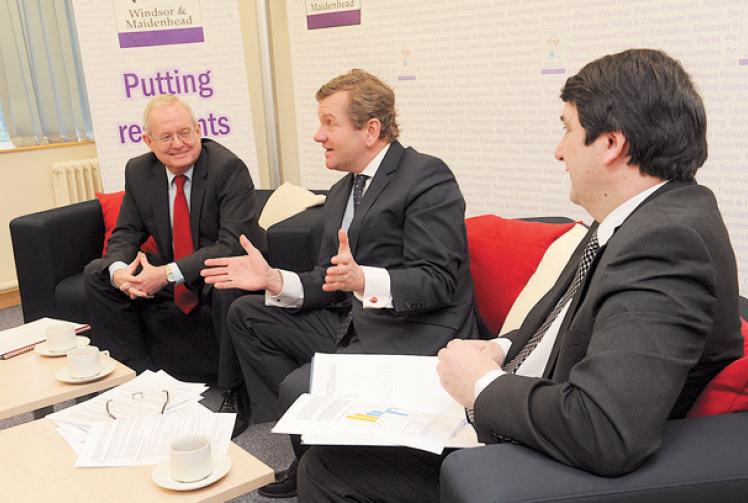 Council tax bills for householders in Windsor and Maidenhead are set to be cut by another two per cent in 2014/15.

This morning’s announcement means the rate will be cut for the fifth year in a row.

Cuts and savings of about £6.1m have been announced as part of the proposed budget.

However, a further £826,000 is expected to be invested back into adult care.

“Our council tax reductions are a genuine opportunity to reduce the tax burden on local people now,” he said.

“The Royal Borough has a track record of council tax cuts without cutting services.

“Instead, we have a laser-like focus on finding efficiencies, cutting waste and developing smarter, leaner and more effective ways of working.”

Some savings will come at a cost, including an expected 18 redundancies of borough staff contributing to the deletion of 31 posts in total.

At the same time, council bosses highlighted the protection of front line services and millions of pounds of new investment to make improvements across Maidenhead, Windsor and the rest of the authority.

Cllr Burbage said: “We are demonstrating that we can do more for less, alongside reductions in government funding.

“Our track record shows that we are concentrating on giving absolute best value for the money we collect from our residents in council tax.”

•    More than £1m through the transformation of adult care services, including ways of supporting older and more vulnerable people at home.

•    £325,000 by re-tendering bus contracts which has resulted in more services for less cost.

•    £440,000 business rate relief and tax efficiencies through the transfer of borough leisure centres to a local trust.

•    £197,000 by extending special educational needs provision at Manor Green School so that children and young people can benefit close to home, instead of out-of-borough placements.

•    £7.5m for the new Oldfield Primary School in Maidenhead.

•    Almost £2m for the extension of Riverside Primary School in Maidenhead.

•    £3.7m for a new Stafferton Way link road which will go ahead subject to planning permission.

•    £300,000 for improvements to the Peascod Street pedestrianised shopping area of Windsor.

Other announcements from the budget proposals include:

•    A 75 per cent reduction in business rates for empty shops brought back into use which is 25 per cent more than the government-funded 50 per cent.

•    Maintaining a  ‘no increase’ policy on leisure centre charges.

The council's overview and scrutiny panels will review their budgets during the next few weeks before proposals are discussed by cabinet on Thursday, February 13.

The final budget decisions will be made by the council on Tuesday, February 25.