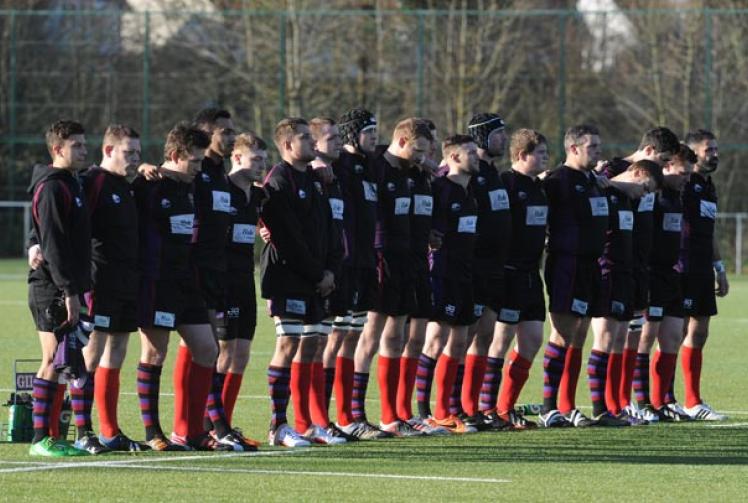 A minute’s silence was held before Saturday’s rugby derby to honour Marlow’s Harry Swordy, who lost his life on New Year’s Day.

Harry had played for Maidenhead RFC, whose 1st XV made the tribute before their clash with Windsor RFC.

The matchday programme read: “A fearless competitor on the pitch, yet one of the nicest men off the pitch that you are likely to meet.”

The team also wore odd socks, one of Harry’s trademarks.

John Evans, who was coaching when Harry played for the Colts, said: “He was a well liked and good young player and will be missed by all who knew him.

“He played at full back and was superb, you never knew where he’d step next.”

Harry, a former pupil of Sir William Borlase’s Grammar School in West Street, was washed away by a huge wave at Loe Bar Bridge, Cornwall, during the first hours of the New Year.

Cornwall Coroner’s office opened an inquest into the 27-year-old's death on January 7.

Friends have run a Twitter campaign to get the media to refer to the storm as Storm Harry, using the #StormHarry hashtag.

They are also fundraising for the rescue crews who risked their lives searching for him, with more than £1,000 raised since Friday.

She said: “I've been really overwhelmed by the donations so far.

“These people were strangers to Harry, yet they altruistically ventured out into treacherous waters without question in order to save our friend, which is a really beautiful thing.

“Speaking to the team at Penlee Lifeboat Station, it was evident that the money raised will go very far.”

Visit uk.virginmoneygiving.com/HarrySwordy to leave a donation.