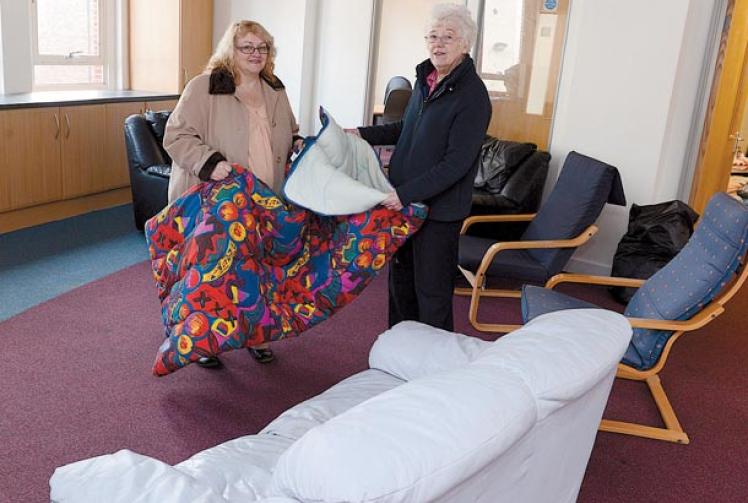 An emergency homeless shelter has been opened in Maidenhead to help those on the streets to escape the cold winter nights.

The High Street Methodist Church has provided re:charge in Kingsway Chambers for use and the centre can now house 12 people overnight thanks to the hard work of Churches Together and Open Kitchen founder Sue Brett.

Council regulations restrict the shelter from opening until temperatures drop to zero but once they do, the team of volunteers provide air beds, sleeping bags, pillows and facilities for washing and cooking.

They will also be given an evening meal and a cooked breakfast before they have to leave the shelter in the morning.

The temporary accommodation is allowed to open for 30 days between now and the end of April.

Relying solely on donations, Sue was delighted with the support the project has received and hopes it can become a permanent fixture in the town.

"The churches have been absolutely fantastic and provided funds," said the mum-of-four.

"We have had it from anonymous companies and of course the Louis Baylis Trust.

"It (the response) has been amazing. Especially as we had Christmas in between.

"It has been a lot of hard work, sorting it all out and getting everything in place."

People already known to be homeless by the Open Kitchen team will be offered places and those who turn to the Royal Borough for help will also be referred to the shelter.

Sue, who put on a Christmas Day celebration for vulnerable people, is also planning to start a frozen food initiative so members of Open Kitchen can take meals home with them.