Rambler who helped open up footpaths in Maidenhead retires

Rambler who helped open up footpaths in Maidenhead retires 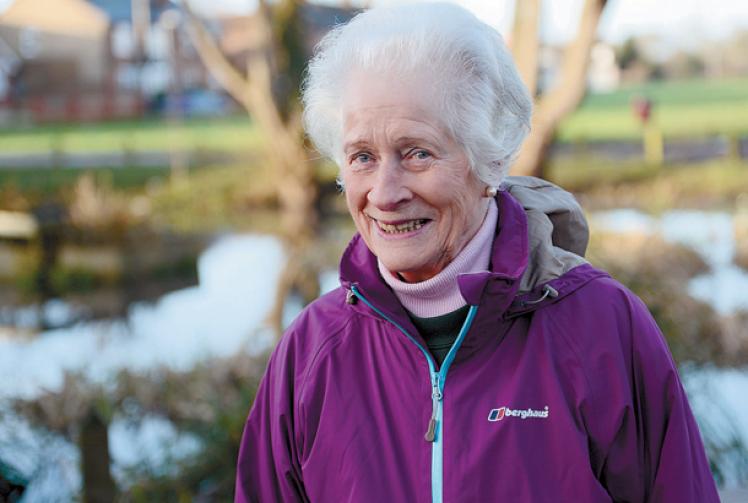 A campaigning rambler who helped open up the footpaths in Maidenhead and the surrounding area has announced her retirement.

Margaret Bowdery has stepped down from her role as footpath secretary for East Berkshire Ramblers - 43 years after she pushed to launch the group as a task force in 1970.

During her time in the role, the volunteer has overseen numerous projects to improve access and safety around the area.

They include the opening of the Temple Bridge over the Thames in 1972 and the reopening of the towpath under Cookham Bridge in 2007 following a 19-year campaign.

Margaret got involved in campaigning after moving to Maidenhead in 1964 and finding its paths to be overgrown and with a lack of signposts.

She started work with the then Berkshire County Council to update its definitive rights of way map before moving on to establish the East Berkshire group.

The dedicated ramblers spent decades building bridges, campaigning and negotiating with landowners to clear and improve paths, doing much of the work with their own hands.

The mother-of-two has been nationally recognised, receiving an MBE from the Prince of Wales in 2006 for services to rambling.

She was also invited to meet the Queen and the Duke of Edinburgh at a reception at Windsor Castle in 2010.

The Laggan Road resident has always been active and still feels there is work to be done to improve walking in the area.

That includes a long-running campaign to complete the missing link of the Thames Path National Trail at Bridge Gardens, a project she still hopes will be completed 'sooner rather than later'.

"We should have pride in our historic walkways and footpaths and we should preserve them," she said.

"It's given me a great sense of satisfaction and it was of great interest."

Margaret, who announced her retirement at the group's AGM in November, will assist new footpath secretary Phil Smith in taking over her duties.