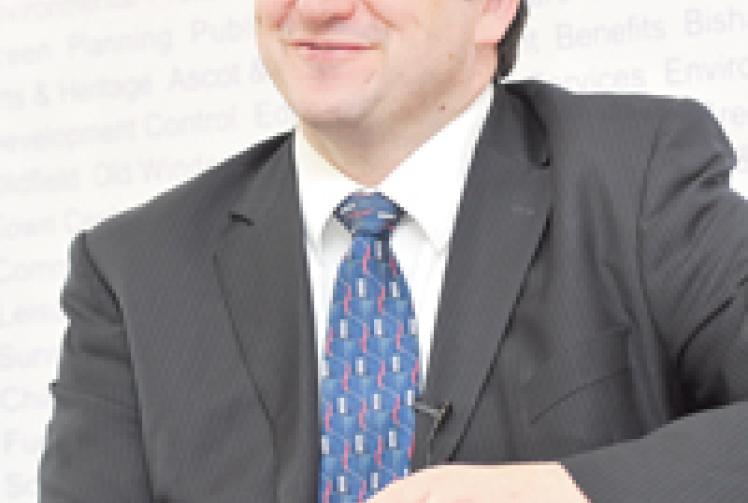 Royal Borough leader David Burbage has been made an MBE in the Queen's New Year's Honours.

The Conservative councillor for Bray is recognised for his services to local government.

He said he was 'hugely honoured' by the news.

"I was really taken aback when I learned some time ago that my name had been put forward and I am absolutely delighted," he said.

"Being involved in local government is all about improving the quality of life for people living in the local area and success comes with seeing positive changes that really do make a difference.

"The fact that we are successful in the Royal Borough is down to the vision and dedication of my fellow councillors and to the hard work and commitment of staff.

"To receive an MBE from the Queen is a wonderful accolade and I feel hugely honoured."

Cllr Burbage was first elected to the Royal Borough - a vanguard local authority for David Cameron's Big Society - in May 2000.

He has been council leader and cabinet chairman since 2007. He is chairman of the Berkshire Leaders' Group and also of the South East Strategic Leaders' Group.

Others awarded honours include:

- John Hirst, from Maidenhead, chief executive of the Meteorological Office, CBE for services to meteorology

- Susan Bailey, from Windsor, founder member and chair of the Sponsored Carriage Drive in Windsor Great Park, BEM for services to charitable giving in the UK

- Rita Clifton, from Marlow, CBE for services to the advertising industry

- Professor Gregory Whyte, from Marlow, OBE for services to sport, sport science, and to charity

- Henry Hinde, from Iver, MBE for voluntary service to the environment

- Michael Acton Smith, from Marlow, creator of Moshi Monsters and chief executive and founder of Mind Candy, OBE for services to the creative industries