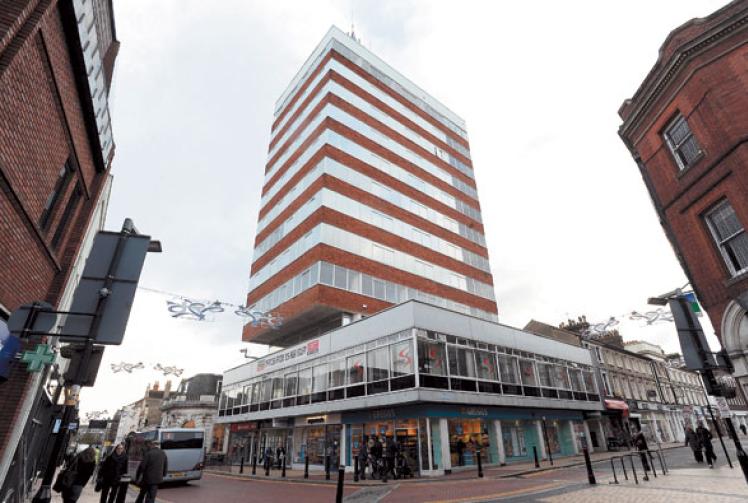 The tallest building in Maidenhead will undergo a top-to-toe transformation after plans to turn it into flats were given the go ahead.

Although borough councillors said their initial excitement for the project had waned, the development control panel went against the recommendation to approve the plans - subject to certain conditions.

Essential Living's chief operating officer Martin Bellinger told the panel that he appreciated there is a slight sense of deflation as the building has changed into something more deliverable.

Martin admitted: "Perhaps some of the more glitzy aspects have been lost along the way."

"It doesn't seem like the nicest design in the world but it is an improvement on what is there at the moment," he said.

"It's time to get things going in Maidenhead. The time for just talking about it is long in the past."

In November, Essential Living fired a warning to the council that if the project was rejected, it would use new rights to convert the inside of the building into flats and keep the outside appearance the same - which would not require planning permission.

The letter stated that rejection would result in missing 'a once in a generation' opportunity to transform a building that is 'widely seen as the ugliest building in Maidenhead.'

Lead member for planning and property, Cllr MJ Saunders, said: "The idea that it can be done without any planning permission at all is a bit of a hollow threat."

The panel eventually agreed to approve the plans if the applicant meets certain criteria, including expert consultation on the cladding, at a meeting on Wednesday.