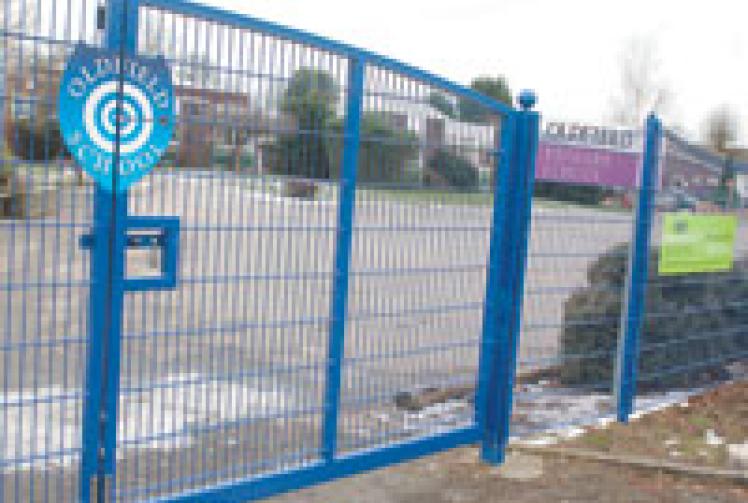 A decision is set to be made tonight over controversial plans to move Oldfield Primary School to a new site off Bray Road.

Refresh this page every few minutes for live updates from the extraordinary meeting which is being held at the Holiday Inn, Maidenhead.

For a full report from tonight's meeting, see next Thursday's Advertiser.

9.30pm: Plans to move Oldfield School to Bray Road have been unanimously approved.

9.25pm: The panel is about to vote on the motion to approve the plans.

9.20pm: Cllr David Coppinger (Con, Bray) and Cllr Kathy Newbound (Lib Dem, Pinkneys Green) are among other councillors who have backed the plans.

"I feel that the issues have been addressed," said Cllr Newbound.

"We need to educate our children and the objectors need to let us get on with it now, and so does Eric Pickles," he said.

We have heard from all members of the public wishing to speak about the plans and will now be hearing from councillors.

Jonathon Robson, who lives near the current school site, has addressed the panel.

He believes none of the alternative sites will ever happen because they will not be supported by the council's children's services department, parents, etc.

"Talk of other sites is nothing more than a smokescreen," he said.

He told the panel if they reject the plans they will put the school's future in jeopardy.

"As Maidenhead's reputation continues to grow, please give it a primary school for us all to be proud of," he added.

A parent of Oldfield pupils has spoken of the 'real fear' the first class education at Oldfield will be compromised if the overcrowding continues. He has paid tribute to headteacher Richard Jarrett and received huge cheers.

An Oldfield governor has called on all parties to 'work together in a positive manner'. She has asked the panel to approve the plans.

Panel has heard from two more objectors, one of whom just referred to the 'rich mummy petition campaign' - more than 800 signatures have been collected in support of the plans.

She said councillors will be turning an 'overly congested rat run' into a 'mini M25' and it will be 'chaos'.

"Why are we paying the price for the education department's lack of planning?" she asked.

"Do the right thing and reject the Bray Road site.

8pm: Mr Peck, from Bray Action Group, is speaking. He blames the current predicament on a 'rash decision' to approve the expansion of the school before considering the planning matters.

He has reminded the panel of the policies of the NPPF (National Planning Policy Framework). He says other sites, such as Braywick, would conflict with fewer of them.

Of Bray, he said: "This village would be particularly badly affected by the Bray Road plan."

To the panel: "You have to live with your decision." He called upon councillors to reject the plans.

Objectors to the plans are speaking first.

The first, Mr Lewington, has suggested other sites for the school including the disused car park in Stafferton Way, or Winbury School. He says the council will have 'no credibility left' if it supports the proposal.

To recap, the Royal Borough wants to push through a £9m plan to move Oldfield School to a greenbelt site in Bray Road. Cabinet approved this in May 2012, but it needs planning consent tonight. The planning application was submitted in May this year. It was debated in September at a meeting which lasted nearly four hours, but the decision was eventually deferred so additional investigations could be undertaken.

The public meeting has started here at the Holiday Inn. The room is packed with hundreds of people - both supporters and opponents. We are expecting to hear speakers from both sides, and then debate by councillors, before the decision will be made, probably by vote.

The future of Oldfield Primary School will be decided at a public meeting tonight.

The Royal Borough wants to push through a controversial £9m plan that would see the school move to a greenbelt site in Bray Road.

The decision was set to be made in September. But councillors voted to defer the plans following a heated four hour debate over concerns about the school being built on greenbelt and on the flood plain.

Fears were also raised about the impact an increase in traffic caused by the new 420- place school, would have on the surrounding area.

This week Oldfield Primary School headteacher Richard Jarrett told the Advertiser every available space at the Chiltern Road school is used to support teaching and learning.

Bob McGuiness from the Bray Road Action Group (BRAG) spoke against the plans this week.

He told the Advertiser there are 'far cheaper and safer' alternatives to the Bray Road site.

He said: "Despite all the reports in recommendation of the Bray Road site, when the first accident happens, councillors will stand back and blame the reports."

The Oldfield Action Group presented a 800-signature petition urging the Royal Borough to push ahead with the plans to relocate the school to a new site off Bray Road.

The Bray Road Action Group staged its own public protest in June to highlight opposition to the move.

About 55 campaigners took part in an hour long protest in Bray Road which prevented parents dropping off children at Oldfield Primary School in Chiltern Road.