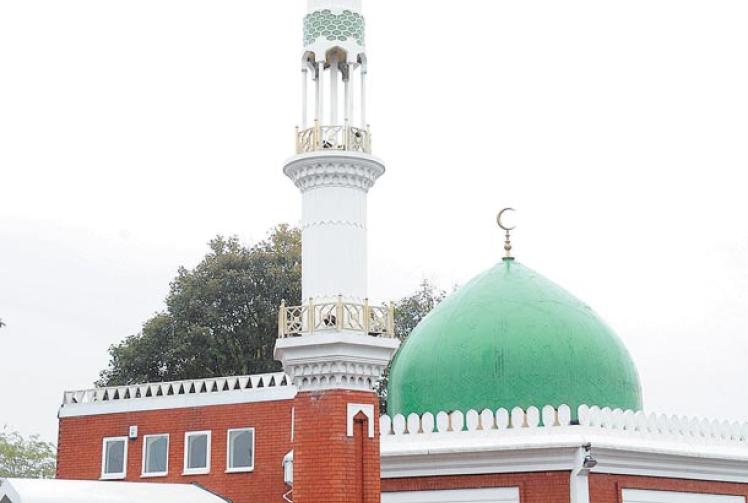 
The Islamic Trust's application for the centre, which will include teaching rooms and a mortuary, was discussed by the Maidenhead development panel.

It is the third time the trust has applied to build the centre. A 2011 application was rejected due to parking concerns, whilst an August 2012 plan was withdrawn over flooding issues.

There was a large turnout from Maidenhead's Muslim community at the meeting in the town hall.

Planning officers recommended approving the plans, as the parking issues which scuppered the 2011 application have been addressed.

The environment agency were satisfied that the plans met flood management requirements and withdrew their objection.

The new application allowed for the maximum level of parking bays required by the Royal Borough, which is one space per 60 square metre. The centre will provide 12 spaces, alongside six for the adjacent mosque.

Mr Bailey lives near the site and spoke against the proposals. He said: "The issue of parking and traffic has not been addressed. The mosque is now being used 24-seven. The addition of teaching rooms, accommodation and a mortuary will add to this."

Saghir Ahmed and Terry Platt spoke on behalf of the development.

Mr Ahmed explained that the mosque has taken steps to combat parking problems, including recruiting marshals.

Speaking in support, Cllr Asghar Majeed (Con, Oldfield) said: "The facilities here to be funded by the Islamic Trust will be of benefit to mothers, children and the elderly.

"The centre will lead to improved life chances for all children and young people, promote healthy lifestyles and tackle inequalities and exclusion."

Cllr Simon Dudley (Con, Riverside), made assurances to Mr Bailey that solutions could be found for parking. He said consultation is underway on introducing permit parking in the area.

After agreeing a condition to extend the centre's Sunday closing time from 7pm to 9pm, the panel unanimously approved the Islamic Trust's application.