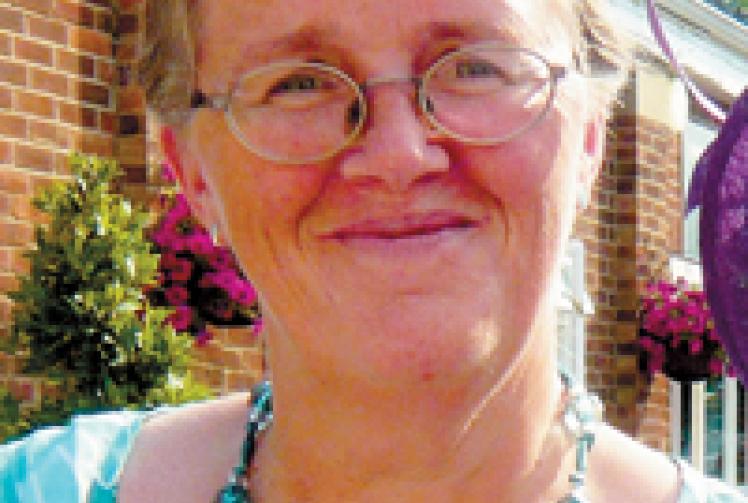 A 'special individual' who spent more than 15 years managing and building up the Shopmobility network in Maidenhead and Windsor has passed away.

Sue Gibson died suddenly on Monday, November 11, after suffering a pulmonary embolism. She was 58.

She had become well known for her dedicated work in the community after becoming the first manager of Shopmobility in Maidenhead in 1995, which improved access to the town centre for elderly and disabled residents.

During her time in the role, she helped introduce the scheme to Windsor and bring the service to shows and events across the region.

In 2012, she took on a new challenge, teaming up with the Women's Royal Voluntary Service (WRVS) and the Royal Borough to head up CareBank, a scheme offering credits to helpers who offer support to vulnerable residents.

Sue was due to start another new chapter as a service manager for Esther Rantzen's new charity, the Silver Line, when her life was tragically cut short.

Born in Hampton Court, she married Fred Gibson in 1977 and moved to Bourne End in 1989.

She raised two children, Carol and James, and had an eight-year-old granddaughter, Emma.

A keen swimmer who liked to travel, she will also be remembered for her seven years as a trustee of the Braywick Charitable Trust.

Braywick Heath Nurseries director Robin Pemberton, who worked closely with Sue during her time at Shopmobility, said she was a 'special individual'.

He added: "She was an excellent manager, a safe pair of hands and a caring person. She was totally reliable and we were very fortunate to have her.

"She was one of the backbone members of our community. Just in the background making everything run smoothly."

Sue's funeral service is due to take place at Slough Crematorium on Wednesday, November 27.