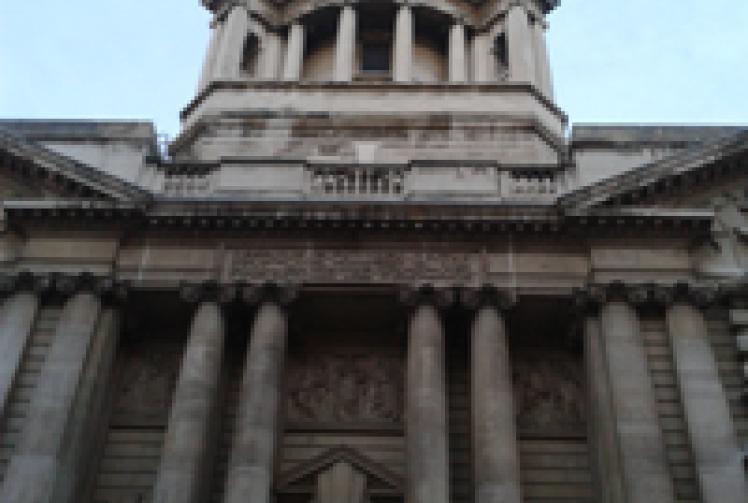 A 'series of violent acts' from a mother from Windsor culminated in the death of her 11-month-old son, a jury heard today.

Emma Wilson, 25, of Paddock Close denies murdering her son Callum, who died at the John Radcliffe Hospital in Oxford on March 20 2011.

The jury at the Old Bailey heard Callum died after suffering 'unsurvivable brain injuries' from an impact to his head.

He said Wilson had left her parents' home at 7pm on March 17 and the child was in her 'sole care' when he suffered his fatal injuries.

Paramedics arrived to find the baby unconscious after Wilson had called her mother, who subsequently called an ambulance, at about 8am on March 18.

The court heard Callum was taken into foster care for the first six months of his life and Wilson had at times indicated she was willing to give him up for adoption before having a change of heart.

The jury heard she began to take him to a stay and play session at the Woodlands Park Village Children's Centre, where other mothers noticed a series of bruises on the child.

Mr Dunkels said Wilson had told them Callum was her cousin's child throughout her attendance, and attributed his injuries to an 'imaginary older sister'.

He said Wilson had shown 'detachment' to Callum when paramedics arrived to treat him on March 18 and as doctors tried to save his life.

Mr Dunkels said a post mortem examination showed he had sustained fractures to his ribs, an arm and his leg 10-14 days before he was taken to hospital and there was evidence they had been refractured.

He compared the force needed to fracture front ribs to that of a 'road traffic accident'.

The court heard Wilson said Callum had suffered a fall earlier in the week at the stay and play sessions and explained to police that Callum's 23-month-old brother, who cannot be named for legal reasons, would constantly push or jump on him.

But Mr Dunkels said a 23-month-old child would not be able to cause the injuries suffered by Callum.

He added: "The fatal injuries were the culmination of a series of violent acts by [Wilson] towards her vulnerable son."