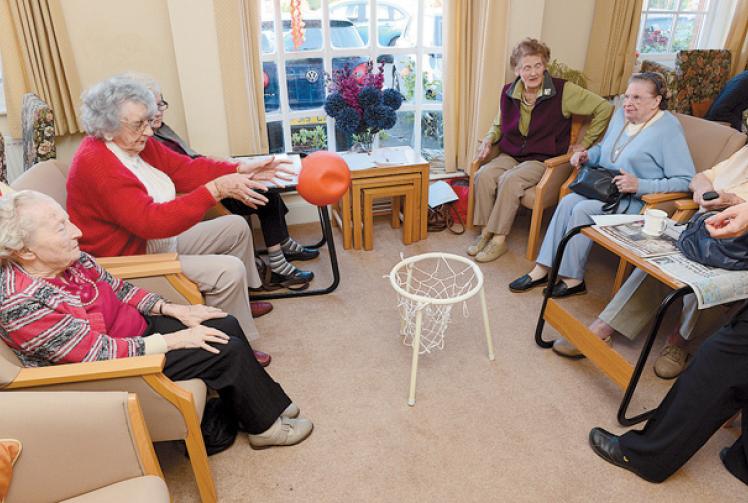 Life expectancy in the Royal Borough is on the up and more and more of us can expect to live well into retirement age. In the wake of the latest update on council projects to keep elderly people in their own homes for longer, reporter James Preston looks at the challenges the area is faced with.
Visitors enjoy the activities at Elizabeth House

The way we look after our elderly is changing.

Last week, Royal Borough cabinet members were updated on a raft of measures being introduced which reflect a Government push to see older people live in their own home for longer.

The schemes, including Homeshare, Telecare and Outcome Based Commissioning, reflect a shift in thinking for an area where people are living longer, more active lives.

In the borough, deaths from heart disease, strokes and cancer are lower than average, while deprivation and violent crime is less of a concern.

The latest health profiles for the region, published by Public Health Observatories, indicate life expectancy is 80.7 and 84.3 for men and women respectively.

Both figures are well above the national average.

In 2010, the borough produced a report, Planning for an Ageing Population, which set out forecasts and identified the challenges lying ahead.

Care homes remain part of the borough's plans for the elderly population (there are 173 borough-funded residents in nursing homes in the area), but the shift to alternative options has begun.

The projects outlined to cabinet members are working towards a target of saving £900,000 from the adult and social care budget this year, but the cabinet member for the department, Cllr David Coppinger, argues there is more to it than saving money.

He said: "All our programmes are designed to do one thing. It is to enable people to stay in their homes much longer they would have done previously.

"There's an awful lot of things happening and we quite clearly understand that the [elderly] population is growing.

"We are doing it differently now. So many people have come to an assumption that when you reach a certain age you are fit for nothing but sitting at an old people's home, staring into space, which is totally and utterly wrong."

The impact of changing attitudes has been felt at Elizabeth House day centre, in Cookham Rise, which provides activities for more than 200 elderly visitors.

The home expanded capacity in 2009 to cope with growing demand, and assistant manager Jill Morris said she had seen a 'sea change' in attitudes, with older people becoming more independent and travelling from further afield to visit the centre.

But he added service providers need to recognise the changing demands of elderly care and said: "In our experience the great majority of the people we support wish to remain in their own homes and therefore we would support any initiative that promotes independent living and allows people to stay in familiar surroundings within their own community."