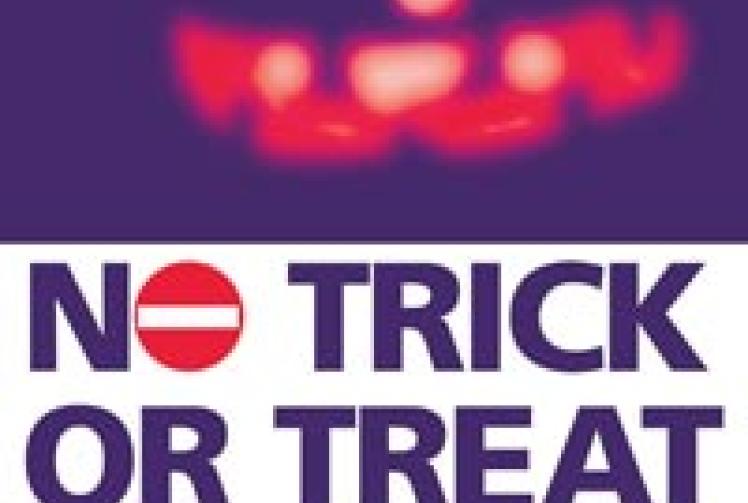 This did not work
Supermarkets and grocery shops across the Royal Borough have been asked not to sell flour or eggs to youngsters in the run-up to Halloween tomorrow.

Purple A4 posters saying 'please do not call here on Halloween' used to be issued to householders who did not want people calling. But police community message co-ordinator Jeffrey Pick said: "We have found that houses displaying these posters are more likely to be egged than others."

Instead police this year have taken a more positive approach, inviting people who welcome youthful Halloween visitors to display Neighbourhood Home Watch posters with a pumpkin - so that 'trick or treaters' go to the homes of people happy to see them.

PC Graham Slater has visited schools across the Royal Borough, warning children not to frighten elderly or vulnerable people and to stick to homes displaying the 'positive' posters.

Police are mounting extra patrols on Thursday and are inviting anyone concerned about what they see to ring 101.

Mr Pick said: "If you see groups of youths gathering or anyone throwing fireworks in a public place, phone as soon as possible."