Award-winning town crier has something to shout about

Award-winning town crier has something to shout about 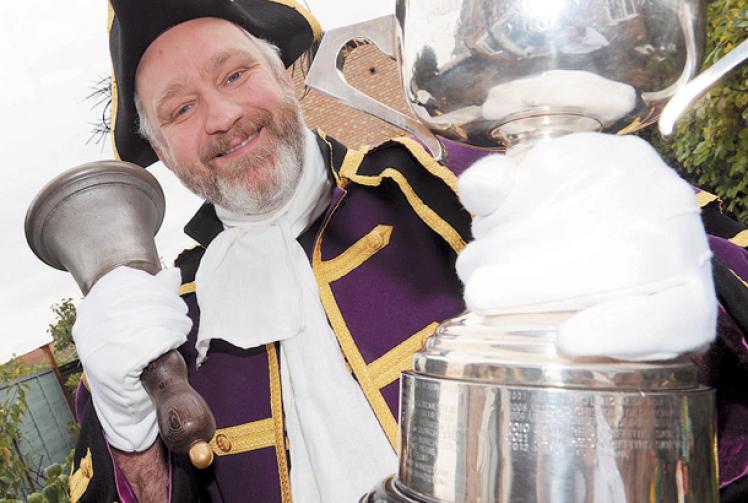 Royal Borough town crier Chris Brown had something to shout about this week.

The man who delivers the latest news at full volume to the people of Windsor and Maidenhead has won the 61st National Town Crier Championships at Hastings, after delivering a eulogy on the delights of his home borough.

Chris, 45, was competing against 25 other town criers from all over the country - and even some from Holland and Belgium at the event on Saturday.

His proclamation about his home town included references to Brunel's bridge at Maidenhead, the Fat Duck at Bray, the Sir Sydney Camm Memorial in Windsor and of course the world famous castle.

But things almost went wrong.  Chris said: "Our second round cry was on the compulsory topic of  Prince George but after failing to even remember to stand on the podium in round one and fluffing my first sentence I was sure I was already out of the running, although I did think I might be in with a chance of winning the ‘best dressed’ award."

In the end the best dressed cup went to one of the Dutch contestants. But when they announced the overall champion crier it was Chris' name that was called out.

He is the Royal Borough's first town crier in a century and was chosen a year ago after a cry-off which pitted him against three other hopefuls.

The former Wembley Stadium tour guide lives in Windsor with his wife Nicola.