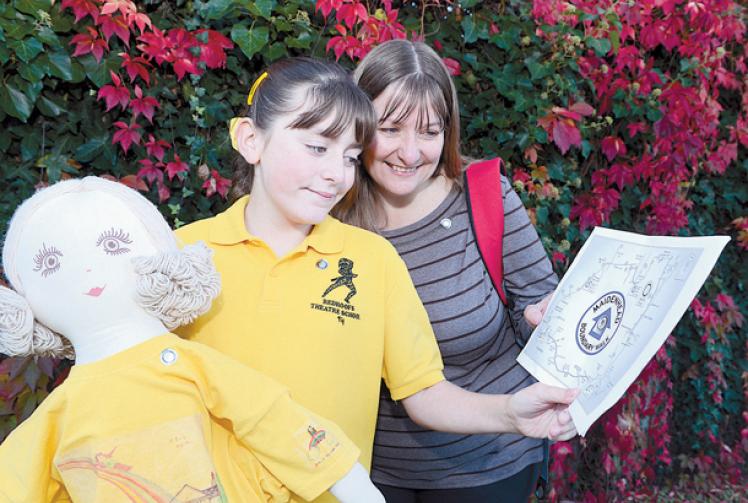 Walkers of all ages were up at dawn yesterday to retrace the town's borders and raise thousands of pounds for good causes.

About 470 people set off from Boulters Lock Car Park and followed a route around Maidenhead's original boundary on paths cleared by members of the National Trust and the Rotary Club of Maidenhead in recent weeks.

The Royal Borough installed stones to mark the borders in 1934 after they were first established in 1582, although the town has now extended beyond these.

All surplus from walk entry fees is donated to Rotary charities and participants collected sponsorship for their chosen charities.

Tegan Harris was joined by her mum, Nysa, and raised £150 for the tenth anniversary of Rosie's Rainbow Fund.

The Redroofs Theatre School pupil of Malders Lane was taking part in her tenth Boundary Walk, despite being just 11-years-old.

She  was raring to go in the morning sunshine after last year's bleak conditions.

"It really depends on the weather because some years it's pouring down and sometimes it's really hot and we end up on our knees," she said.

"We've got our walking boots on and we're ready to do all 13 miles."

Also taking part was Mayor of Windsor and Maidenhead, Cllr Andrew Jenner, along with his wife Julie and dog, Rocky.

"The great thing about this is that it involves residents of Maidenhead and it's a great opportunity for people who want to raise a lot of money for charity," he said.

A couple of miles along the route in Bray, Maidenhead Sea Cadets lent a helping hand and provided a ferry service to carry walkers and their dogs across the Thames.

Chairman of the Boundary Walk committee, Graham Brunsden, said the event had been a great success and more than £13,000 had been raised so far.