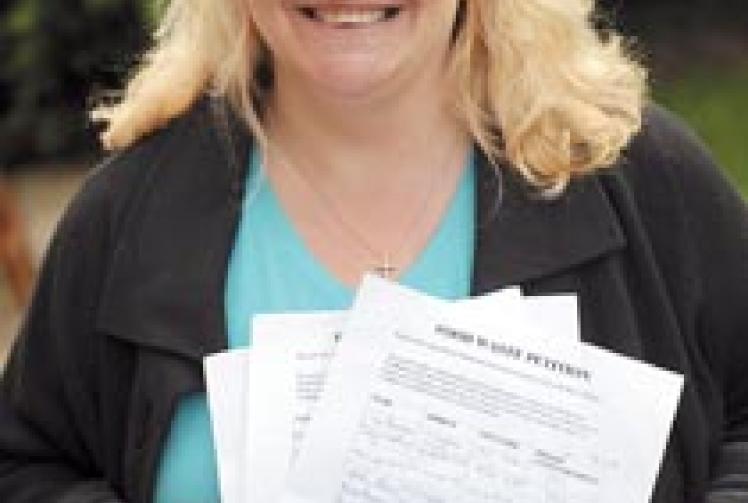 A passionate charity founder who started a petition to persuade the government to change food waste laws is urgently appealing for more signatures.

Sue Brett, who set up Maidenhead's Open Kitchen Foodshare in 2011, is desperate to persuade Parliament to introduce a bill which will prevent supermarkets from throwing away perfectly good food.

According to Sue, 300,000 tonnes of food is wasted every year by supermarkets in the UK.

The mother-of-four said: "There are no laws saying that supermarkets can't just throw food out, it is up to them."

She added: "I would like to have the laws changed so that supermarkets have to pass it on to a food bank or for the community."

The petition has been proposed by Bristol East MP Kerry McCarthy which will exempt food donors from prosecution and liability for anything they donate.

Since it started a year ago it has received 3,000 signatures through promotion via social media and Sue's efforts to lobby churches and charity groups.

It has gained the support of Maidenhead MP Theresa May as well as Oxfam and Save the Children UK.

Sue now has until the end of January to take the total up and is aiming for 100,000 signatures.

If she hits the target the issue will be considered for debate in the House of Commons.

Local Open Kitchen Foodshare provides 120 food bags each week to needy Maidenhead households as well as dropping off food parcels for the homeless at churches including St Joseph's in Cookham Road.

As the winter draws in, the charity is more desperate than ever for donations to meet Maidenhead's high demand and Sue believes a change in policy would be of invaluable help.

The charity estimates there are 1,100 families in Maidenhead in need.