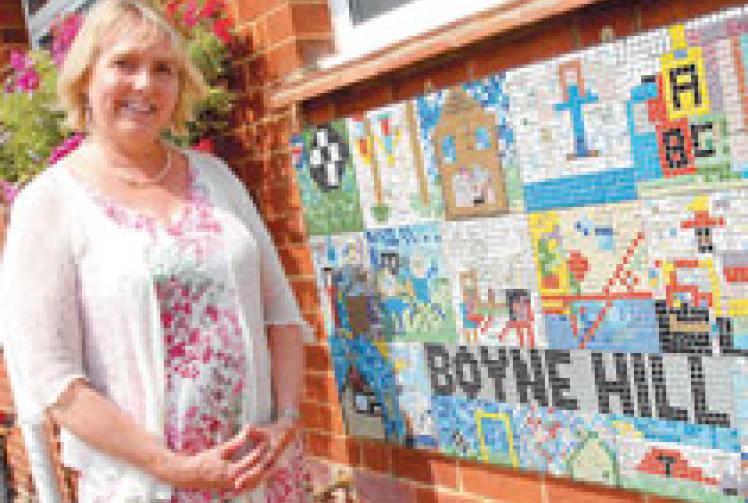 The headteacher of Boyne Hill CE Infant and Nursery School in Maidenhead has announced her retirement.

After 12 years in the position at the school in Rutland Road, Jenny Stephen is looking forward to spending more time with friends and family and indulging in her favourite hobbies including visiting art galleries and reading.

Jenny is also hoping to carry out some voluntary work overseas.

The 60-year-old, who lives in Reading, has expressed her thanks to the colleagues, governors and parents who have supported her along the way.

"It has been a privilege to lead such a dedicated, hard-working and friendly team, for which I thank them all," said Jenny, who was previously the headteacher at George Palmer Primary School in Reading for 10 years.

Describing why she has loved her time as headteacher she said: "Seeing children develop into happy, confident, young people is just a joy."

Over the years Jenny has worked tirelessly to help maintain the school's established reputation which, since her arrival, has twice been judged as outstanding by Ofsted.

Projects she has undertaken included building up a successful after-school club and helping to forge links between Boyne Hill and Gutjwa school in South Africa, a project she will be continuing to work on.

Jenny's contribution to school life has been described by colleagues as 'paramount' in the securing Boyne Hill's the Green Flag Eco Schools Award and the Gold Artsmark which recognises schools with a high level of provision in the arts.

Deputy headteacher Jane Hunsley, who will take over as headteacher, said: "Her heart will forever remain in the bricks and mortar of the infant school."

"She is well respected by everyone, having provided the opportunity for hundreds of young people to thrive."

Jenny's departure was celebrated on Tuesday with a special assembly delivered by the pupils.