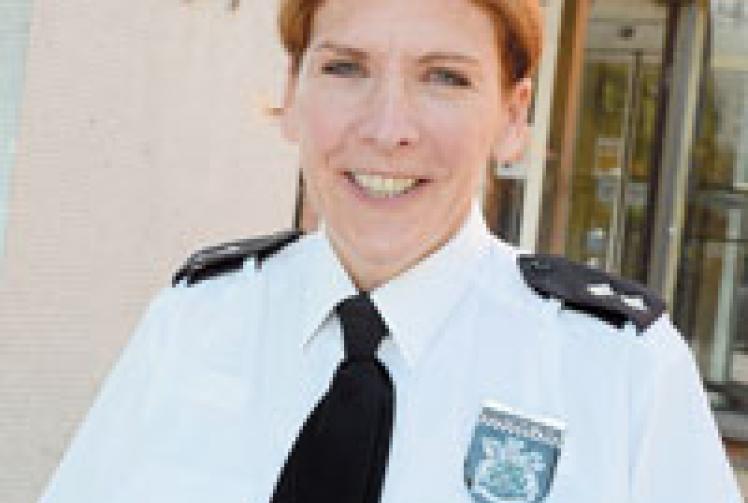 A newly appointed police inspector is taking on criminal gangs who steal expensive machinery from farms in Windsor and Maidenhead.

Emily Roberts is the new inspector for Windsor and Ascot but has responsibility for targeting 'rural' crime across Maidenhead as well.

One of Insp Roberts' specific target is to break the international criminal gangs increasingly linked to thefts of expensive machinery from farms across the Royal Borough. The machinery is often ending up in Eastern Europe and the Middle East.

She said: "There are two five day operations planned soon which will be intelligence led operations targeting suspicious vehicles engaged in this trade."

He said: "Farmers' fences get cut all the time. There is theft, vandalism. I have had a tractor stolen. I'm meeting Inspector Roberts next week."

Inspector Roberts is no stranger to the area. She grew up in Reading and has worked with Thames Valley Police for 20 years, notching up periods at Slough, Maidenhead and Windsor stations.

She said: "It started when I was a teenager. I always wanted to be a police officer, my mum blamed Cagney and Lacey.

"I wanted to make people feel safe. People should be able to walk around and feel safe."

She is a great believer in social networking and hopes people will follow her and her fellow officers on Twitter.

In private life she has been married to a fellow police officer for 18 years and has a family.

A new definition of what is classed as rural crime will also allow the force to respond to crimes affecting the agricultural economy faster and deal with them better.

Chief Superintendent Tim De Meyer, head of neighbourhood policing and partnerships for Thames Valley Police said: "This faster response reflects our determination to tackle rural crime and is part of a range of measures we are introducing to prevent, detect and reduce it.

“This definition will ensure that we focus on the crimes that target or affect the rural economy."

The new definition means that reports of rural crime previously dealt with over the phone, such as un-witnesses criminal damage or low value thefts, will be dealt with by neighbourhood officers who will make an appointment to visit the victim within one hour of a crime being reported.