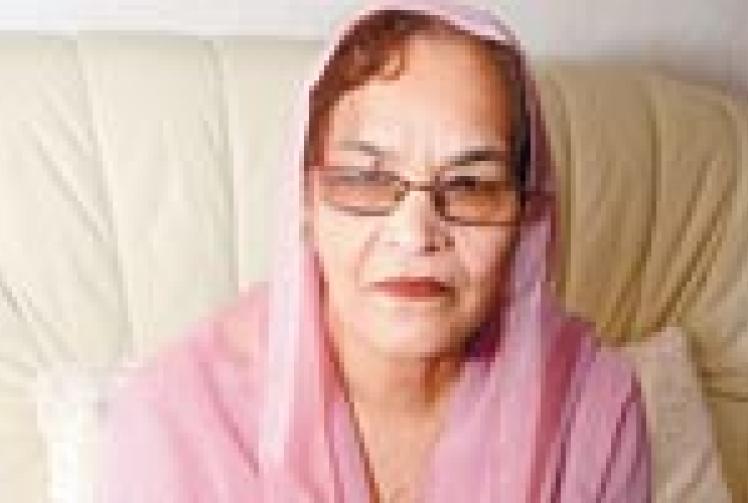 'I'm not afraid to fight back' says Hardev, 64, after Kendal Drive attack

The 64-year-old woman who fought off a mugger in Kendal Drive in Slough last week has spoken about the attack.

Hardev Samra, who lives near where the attack happened on Saturday last week at 1pm, was walking to shops in Wexham Road.

A group of travellers in 20 caravans have made camp in a field which backs onto Maidenhead Police Station on Thursday saying they ‘feel safer’ being close to the police.

The travellers arrived at Maidenhead Town Moor, situated alongside Blackamoor Lane, Ray Street and Salters' Road, between midday and 12.30pm.

Marlow educated Myles Mordaunt is out of The Apprentice after a 10-week run.

The 40-year-old, who went to Sir William Borlase's Grammar School in West Street until 1989, missed out on a place in the final five after failing as project manager in a task to set up a retail business in 48 hours.

Borough health chiefs have hit back at a neighbouring authority's attack over their decision to take NHS bosses to the High Court.

Bracknell Forest Council (BFC) criticised the borough for calling for a judicial review to be held into plans by the NHS to close the minor injuries unit (MIU) and move it to Bracknell.

Concern is growing about the number of homes developers could build on the former Taplow Paper Mill site.

South Bucks District Council (SBDC) cabinet is set to decide on Tuesday, July 16, whether to approve a development brief that will guide plans for regeneration in Mill Lane.

Council's leisure centres could be taken over by charitable trust

Unease has been voiced over plans to hand control of the Royal Borough’s leisure centres to a charitable trust.

Staff at leisure centres in Windsor, Maidenhead and Sunningdale have all received letters saying that the idea is being explored.

Parish council objects to its own notice board plans

Cookham Parish Council has voted to object to its own planning application for a new notice board following a heated debate on Tuesday night.

The decision comes after concerns were raised about the location and suitability of the board in a discussion about an application to put up the community board.

A desperately needed primary school is on course to be open and ready for pupils starting school in September.

But a discovery of protected slow worms on site means the project won't be fully finished until Christmas.