Sponsor announced as entry opens for 2013 Maidenhead Half Marathon

Sponsor announced as entry opens for 2013 Maidenhead Half Marathon 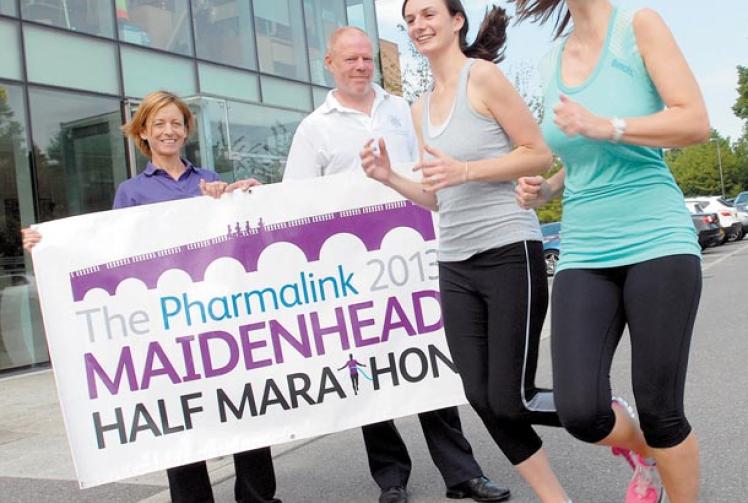 The 2013 Maidenhead Half Marathon has got off to a running start with confirmation that Pharmalink Consulting will be the event sponsor for the third year in a row.

It is organised by Purple Patch Running which is headed by husband-and-wife team Claire and Chris Donald.

"We had great support from local residents last year.

"Pharmalink’s backing is crucial. We’ve worked really well together the last two years so we’re looking forward to this one too."

Pharmalink Consulting is based on the Vanwall Business Park in Maidenhead.

Chairman Peter Griffin said: "We are pleased to be supporting such an important event for the community."

Participants will complete two laps of the course, which starts at Maidenhead Town Hall in St Ives Road and runs through Boulters Lock and into Cookham before returning to the High Street.

The course, which attracts athletes from across the country, is described as 'flat and fast' and was completed in 1 hour and 10 minutes by last year’s winner, Jonathan Stead.

Last year also saw the course voted as having the fourth best potential in the country for earning a 'personal best' in the Runner’s World Races of the Year awards.

Maidenhead children’s charity the Link Foundation is the charity of the race.

Charity chairman Una Loughrey said: "It’s great that the money raised by such an event can be put back into the area."

Road closures will be in effect for the marathon but disruption will be minimised.

Email info@purplepatchrunning.com or call 01494 630759 for details on taking part in or sponsoring the event.

Or download an entry here: 2013 Maidenhead Half Marathon entry form