'Why did it take police four days to find my dead son Karl Josiah?'

'Why did it take police four days to find my dead son Karl Josiah?' 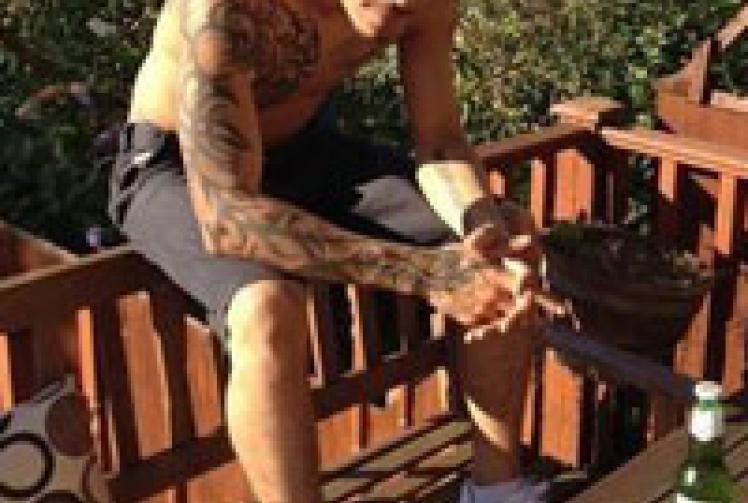 A father has criticised the police after his dead son was found four days after he died on the side of the M4 motorway.

An inquest at Windsor Guildhall today heard how Karl Josiah, 23, was found dead in his mother's Renault Clio between junction 6 for Slough and 5 for Langley off the eastbound carriageway after crashing in the early hours of Saturday, January 19.

The accident happened during freezing temperatures when snow fell across the country. The inquest heard today how there were patches of ice on the road but it was not known if this was the cause of the accident.

Mr Josiah had driven from his home in Bromley in Kent, to see his girlfriend Sarah Foster in Newbury, arriving at 8pm on Friday, January 18. He left the following day to go back home at 3.15am.

At 5.30am, Sarah tried to phone her boyfriend, having not heard from him, and contacted Mr Josiah's family who said he had not arrived home.

The police were informed and a search of his possible journey from Newbury to Kent was carried out to no avail, until the car was found on Wednesday, January 23, with Mr Josiah's body in the driver's seat. He was pronounced dead at the scene.

A post-mortem indicated there were lacerations to the scalp, a ventricle to the heart, lungs and spleen, and fractures to the skull, sternum and ribs. Multiple injuries were given as the cause of death.

Tony Reading, forensic collision investigator, said there was no pre-impact damage to the car and that the crash was typical of someone falling asleep at the wheel.

He said Mr Josiah had drifted straight while approaching a sweeping right bend and that he had clipped the beginning of a crash barrier at 70mph, which acted as a launch pad, and caused the car to roll 40 metres into undergrowth.

Mr Josiah’s father, David Josiah, said at today's hearing: "It took the police four days to start looking for him and we had to send people out ourselves.

“One officer told me that they did not have enough time or money to look for a man who has probably gone off with someone to a hotel."

A toxicology report showed that Mr Josiah had small traces of cocaine and cannabis in his urine, which were not enough to act as a stimulant, but would have been suffering from the after effects of the drugs, which included drowsiness.