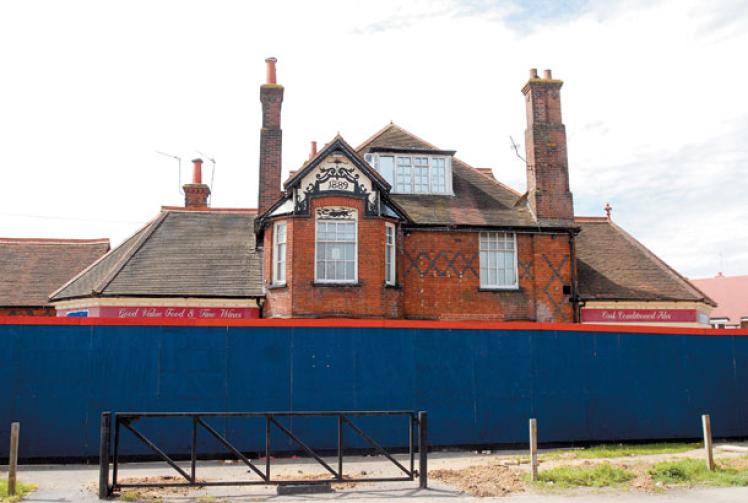 Six fresh applications to turn the Golden Harp in Maidenhead into a Tesco store are due before councillors on Wednesday.

The plans will be considered by Maidenhead development control panel less than a month after it dealt a blow to campaigners battling to save the Furze Platt Road pub.

As it stands Tesco does not need change of use permission for it and the six planning applications are for material changes.

The panel had the chance to force Tesco to submit a full planning application for the pub by issuing an article 4 direction in relation to it.

But at a meeting on May 8 members opted out of doing this following two hours of debate behind closed doors, despite previously expressing support for their residents.

In another blow to the campaign, led by Furze Platt Action Group, council officers recommend five of the six plans be approved.

Those plans are for changes to the store entrance, for four protective bollards for the shop front, for the creation of an area of hardstanding and revised parking arrangements, for signage and for a cooling and air conditioning plant.

The sixth application, to install a cash machine and bollards, is recommended for refusal.

Five similar applications went before the panel in March and were rejected.

Appeals have already been lodged by Tesco in relation to them.

A council report on the new applications says: "Again, a significant number of objections have been received from local residents, allied to the Furze Platt Action Group (FPAG), and individually.

"Previously, two petitions had also been lodged against the change of use at the Golden Harp, and expressing concern about the perceived threat to the viability of the local Post Office and general stores."

The store proposals have been criticised by the council's own highways development control department due to concerns over the impact they would have on traffic and road safety.

The meeting is due to take place in Maidenhead Town Hall in St Ives Road at 7pm.