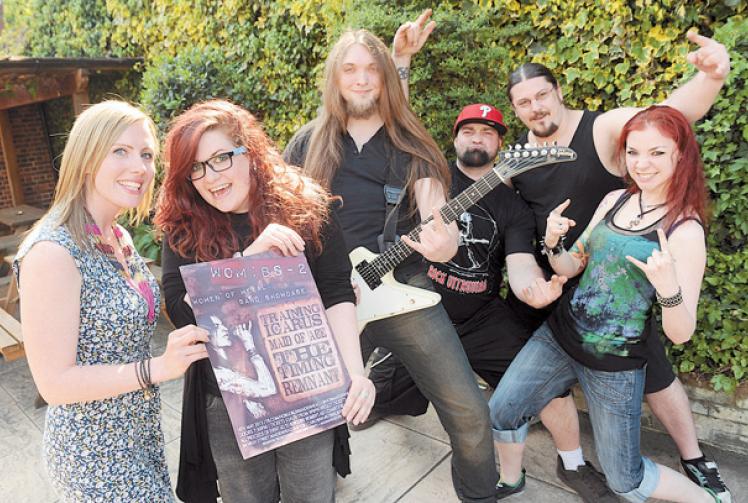 Female rockers are set to show their 'metal' at a fundraising gig in Maidenhead for Berkshire East and South Bucks Women's Aid (BESBWA).

WoM:BS 2, which stands for Women of Metal: Band Showcase, will take place on Saturday, May 18 at The Hobgoblin, and feature four bands which are either all-female or female-fronted.

Proceeds will go to the charity, which supports all victims of domestic abuse.

"It went so well we decided to do it for a local charity next time," she said.

"We just love to be able to support this fantastic local cause."

The 29-year-old chose to support the local Women's Aid branch because a friend needed its services.

By chance she bumped into its director Delia Donovan at a separate event, who gave the idea her full backing.

Representatives from the charity will be available to speak to at the event collecting donations.

Cheryl Mason, children and young person prevention worker for BESBWA, explained one in four women is affected by domestic abuse during their lifetime, and one in six men.

"We support victims of domestic abuse, families and children as well," she said.

"We totally rely on fundraising and grants and people being so charitable."

The line-up for the show is set to include Training Icarus, Maid of Ace, The Timing and Remnant.

Carly thanked The Hobgoblin, in the High Street, for agreeing to host the gig free of charge.

Doors open at 7.30pm. Tickets are available in advance via www.wegottickets.com for £3.