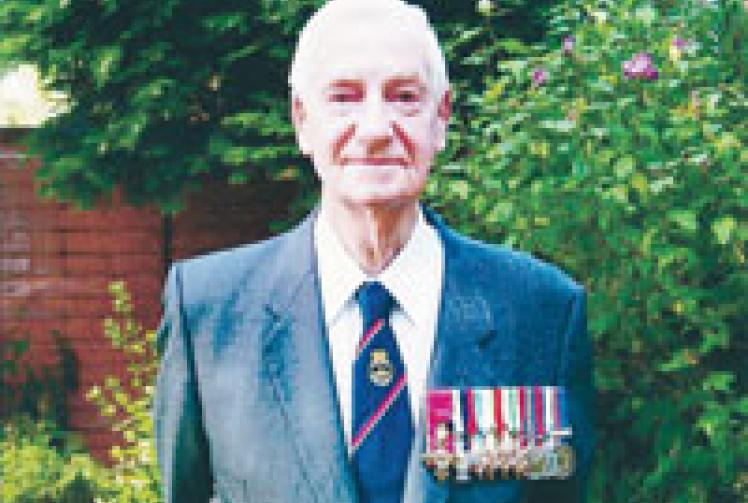 A dedicated public servant and headmaster who took on numerous positions within the community has died.

Len Reynolds passed away peacefully on Thursday. He was 89.

Born in London, Len distinguished himself in the Second World War, rising up from midshipman of a motor gunboat to become its commanding officer at 21.

After the war, he began a career in teaching and in 1965 he was given the role of headmaster of Maidenhead Grammar School, now Desborough College, where he remained until his retirement in 1981.

Soon after moving to the town, he joined the Rotary Club of Maidenhead, remaining a member for 47 years, and he became involved in numerous community activities.

A former deputy Lord Lieutenant of Berkshire, Len was a magistrate who spent time as chairman of the Maidenhead Bench.

His community commitments included a role as a trustee for the Prince Philip Trust Fund and as president and trustee of Maidenhead Arts Council, playing a key role in the development of Norden Farm Centre for the Arts.

Rugby was a passion for Len as a player, referee and supporter and he enjoyed a long association with Maidenhead Rugby Club.

He was involved with the scouting movement since the age of eight and in 1981 he was awarded an OBE for services to scouting.

Daughter Wendy said: "He was the most encouraging and interested person. He was always setting such a high example and we all wanted to follow in his footsteps."

Len, who lived in Grosvenor Drive, was the devoted husband of Winifred for 67 years and proud father of Wendy and Peter.

His funeral will take place at the Chilterns Crematorium on Monday.