Could you live without your mobile phone?

Could you live without your mobile phone? 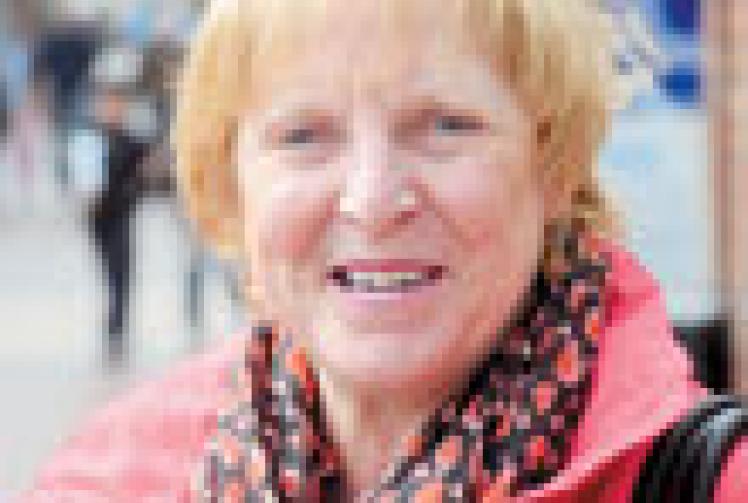 The 40th anniversary of the first time a call was made on a mobile phone was celebrated on Wednesday.

On April 3, 1973 Motorola engineer Marty Cooper, called a rival colleague at another telecomms firm and informed him he was speaking from a 'real' cellular telephone.

Justin Burns asked people in the town centre on Sunday whether they could live without their mobiles and what are the best and worst things about them.

Marian Collins, 58, of Orchard Close, Maidenhead, a funeral arranger at The Co-operative Funeralcare in the High Street.The mother-of-two said: "I could live without it, but I like to have it to use in an emergency.But I think younger people are losing how to communicate face to face now because of them and the language is becoming text speak. The thing I most like about them is being able to use it if I am stuck and I have a disabled daughter, so it is nice to have it to get in touch with her. My husband would say I do not have one though as I never answer it."

Helen Connor, 46, of Grenfell Road, Maidenhead, who is the director of a cleaning company. She said: "I rarely use it, but when I do leave the house without it I get annoyed, and this is one of the things that annoys me about mobiles. It is a very useful tool though if you want to know what your kids are doing, but I think when they have them they are more likely to get in trouble anyway. And people can always get hold of you, which is a juxtaposition, as you don't always want people to be able to - so it is a positive and a negative."

John Connor, 60, of Grenfell Road, Maidenhead, who runs his own painting and decorating firm and is a former PCSO for Thames Valley Police. He said: "I could live without it, but from a business point of view I could not, but personally yes I could. The other day I left it at home and was OK about it. I think it is good for the safety aspect for youngsters and they are fantastic if you use them properly for the right reasons. The downside is it changes conversation and it creates problems with some people as you can read anything into what someone says when texting."

Sarah McPoland, 26, of Furze Platt Road, Furze Platt, who is a speech and language therapist for the NHS. She said: "I can survive without it, but not as comfortably as with it as you become dependent on having it. I think they are good as you can read your emails on them, you can call people more and it is good for texting. But mobiles are affecting people's ability to talk and they are anti-social as people are texting when they are with you. And it is affecting the English language as people send emails in text language."

Customer services manager, Hayley Caldwell, 43, of Birdwood Road, Maidenhead, and her son Owen, 10, who also has a phone. She said: "I could definitely not live without it as I use it all the time, but use it more for Internet surfing than making calls." The mother-of-three added: "The worst thing was when we went away to stay in a caravan and we had no Wi-Fi and went out and bought a MiFi. The good thing is everybody can call contact you at any time, the use of the Internet at your finger tips and the maps." Owen said he loves his iPhone three to surf the Internet and play games on.

Three is a key player in the mobile market.

The organisation's UK headquarters is on Grenfell Island in Maidenhead and employs 884 people,

Three UK is a member of the Hutchison Whampoa Ltd group of companies, which include 3G operations in Austria, Denmark, Hong Kong, Ireland, Italy, Macau and Sweden.

Three spokesman Nicholas Carter said: "It’s been 40 years since the first public mobile phone call. Since then, the way we use phones has changed completely.

"People now rely on their phones to check their emails, browse the internet and watch videos online.

"It is an exciting landmark for the industry and a good opportunity to reflect on how mobile phones have changed the way we live and interact with each other." 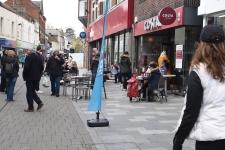 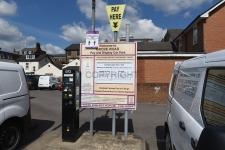 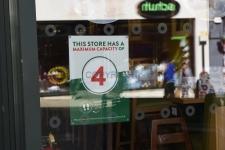 Peascod St, Windsor Now that the non-essential shops are back open. 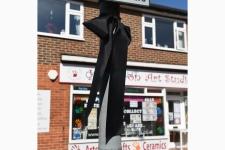