Environment officials say borough 'got off lightly' with flooding

Environment officials say borough 'got off lightly' with flooding 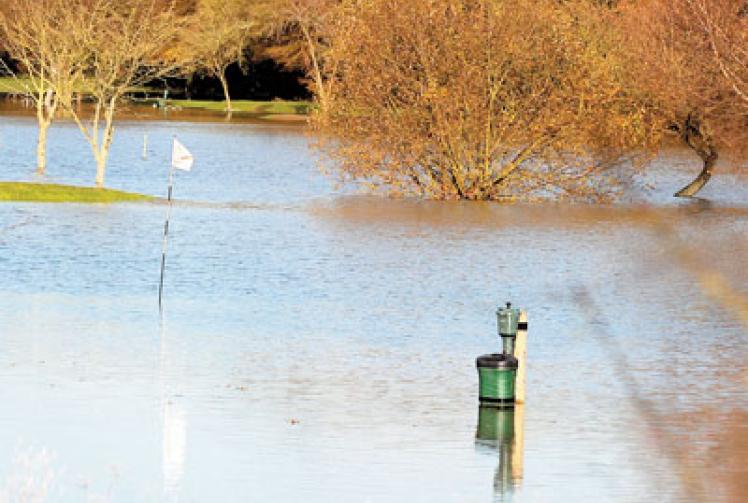 The course at Datchet Gof Club was under water in November

Environment Agency (EA) bosses say the borough 'got off lightly' with flooding during the relentless rain at the end of last year.

The two-month deluge and rising River Thames river levels swamped the course at Datchet Golf Club, businesses on the banks of the Thames and put low-lying homes at flooding risk - but only six houses were flooded.

The EA gave an overview of the issues faced at a meeting of the Royal Borough's flood group at Maidenhead Town Hall last night.

The EA said five homes in Old Windsor near the River Thames and one in Wraysbury were reported as being flooded in November, but none in December.

Jeanne Capey, from the EA's partnership and strategic overview team, said: "For this type of event there was not that much flooding across the borough.

"We got off slightly lightly."

She said last year was the third wettest in the Royal Borough since 1910.

Water board Thames Water also revealed at the meeting borough householders' battles with sewage flooding caused by the atrocious weather.

Strategic waste planning manager Martin Perrin said from December to February there were 50 properties in the area affected.

He said Ham Island in Old Windsor, Coppermill Road in Wraysbury and Stanwell Road in Horton were the worst hit.

Others hotspots were Ray Park Road, Braywick Road and Cannon Lane in Maidenhead, Paley Street and Whyteladyes Lane in Cookham.