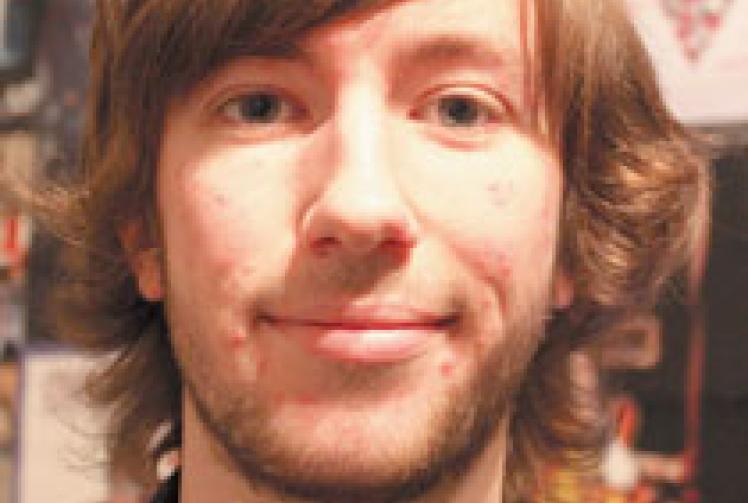 An ambitous film-maker has been crowned the winner of an inventive art competition.

Since October members of the public have been competing to take the most imaginative image using a giant picture frame outside the former Topshop store in the High Street.

Kingston University undergraduate James Willis, of Courtlands in Maidenhead, has won the £250 prize with his creative video.

Using an array of special effects it sees James superimpose a video of a park into the frame.

The 20-year-old then steps into the prop seemingly transporting himself from the hustle and bustle of the High Street into the park.

The former student at Desborough College in Shoppenhangers Road was told about the competition by his mum after returning home from university.

"I have always been interested in special effects and I have always wanted to get into that sort of thing," he said.

The film studies student said he was pleased to have won but admits having an inkling he might be awarded the top prize.

"A lot of people that saw it said 'you are going to win'," he added. "As surprised as I am I did think I had made all of this effort and everyone else has taken photos."

The competition was run in partnership with Art on the Street and Enjoy Maidenhead and saw about 50 creative entries being submitted.

Art on the Street co-director Marie-Anne Leonard said she was pleased with the response the competition had received. "It was just really fab, I am really pleased to see how Maidenhead got behind it," she added.

The manager of Bovilles Art Shop, in High Street, added she plans to run more artistic competitions in the coming months and praised James' winning video. "James has put in an enormous amount of time and planning into his project," she said. "It was just a lovely creative idea."