Taplow United u11 and S4K Wolves in cup glory 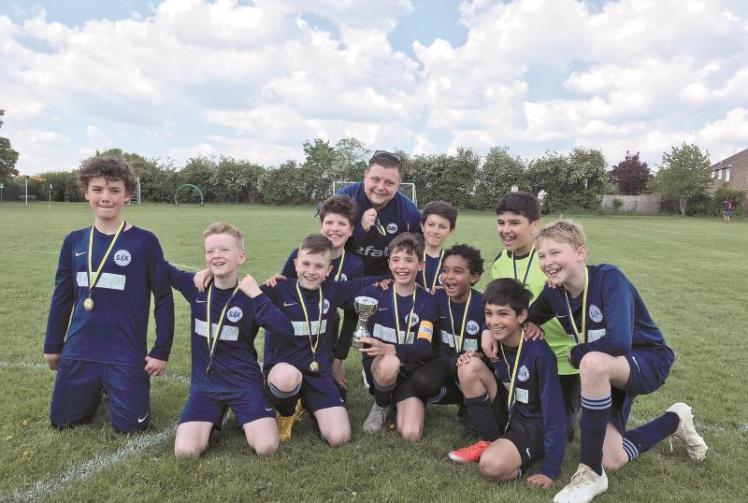 Taplow United lifted the u12 Subsidiary Cup with an entertaining 4-2 win over Langley FC.Langley pressed right from the first whistle and their early pressure told as they opened the scoring.

Taplow grew into the game and levelled the scores 20 minutes into the half,before adding two more efore the break to take control of proceedings.

Langley continued fighting and pulled one back in the second half but Taplow wrapped things up with the final goal of the game to secure the cup.

Langley Hornets and S4K Wolves played an epic cup TVFDL u11 Vase final on Sunday, with the two sides only being separated in a tense penalty shoot-out that saw S4K come out with a 2-1 win. The match began with Langley grabbing an early goal to take the lead as the first half saw few chances.

The second half was much more eventful and S4K began to pile forwards in search of an equaliser, creating a good number of shooting chances but Langley stood strong and looked deadly on the counter and would have added to their lead if it not for some excellent saves from the S4K keeper. As the clock ticked down towards full time, S4K threw caution to the wind and launched all-out attacks and were rewarded with an equaliser with just seconds to go.

That goal meant the game went to penalties, in which S4K won 2-1, thanks to two more saves from their shot stopper.