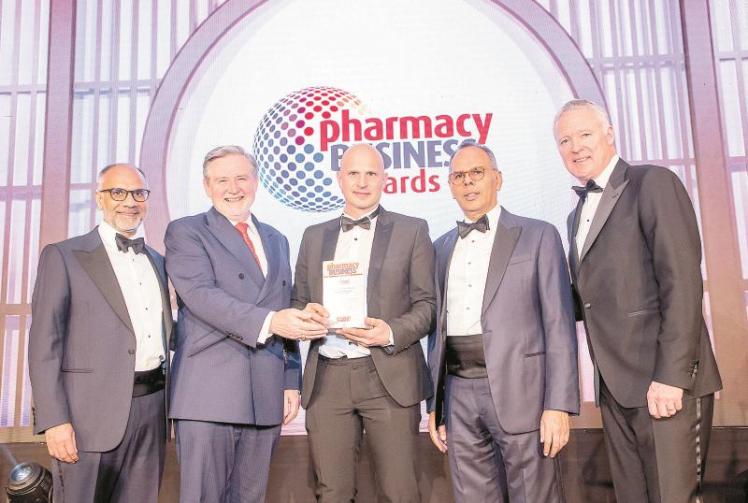 A pharmacist and his team of staff and volunteers have won a national award for their work during the COVID-19 pandemic.

Newdays Pharmacy, which has branches in Twyford, Eton, Lane End and Reading, won ‘Pharmacy Business of the Year’ – the grandest of 10 titles given out during a black-tie celebration at the Pharmacy Business Awards last month.

Newdays owner and manager Olivier Picard underwent an intense interview and faced a scrutiny panel to be shortlisted for the award.

He said the business won the award for going that ‘extra mile’ during the pandemic, something that he and his team did with pride.

Olivier said: “During the last two years we were told to stay at home but people needed medication. We had to help them, especially the community’s most vulnerable people. We had to put them first.

“So we put a message on the Twyford Facebook pages looking for delivery drivers as we had 40-50 packets a day for elderly/vulnerable people and the community came together – not just to help with medicine but food drop-offs as well.”

About 600 volunteers and 100 vaccinators across two counties came forward to make one of the area’s largest community volunteering team and the country’s largest independent vaccination centres at Marlow.

“We were so popular because we offered that personal, local service,” Olivier said. “And we pharmacists vaccinated more than most of the NHS centres as we were more reachable than the larger out-of-town sites.”

Pharmacies have played a key role during the pandemic, believes Olivier, for not just offering vaccinations and prescription drop-offs but for stepping-in when the NHS was under pressure.

“We started to introduce other services because people are not always able to get a doctor’s appointment. Our company motto is: ‘Never say no’. What I say instead is: ‘leave it with me and we will sort it.’ With this approach we were one of the first pharmacies to do PRCR testing in-house, for example.”

He added: “We’ve gone back to local healthcare. We nurture needs, we advise, we support and quite often we don’t do it for the money. We live in commercial times but if someone comes into the pharmacy looking for something that is free then we will help them.

“I do believe that we are the front door to health.”

Of the award, Olivier said: “It was the biggest award of the night and we were quite surprised to win as everyone was so deserving.

“There was an ‘extra mile’ award and I thought we had been nominated for that.

“When we won I was quite shocked.

“I am extremely proud of all of my team – but at the time we were just doing our job. It was the right thing to do.”