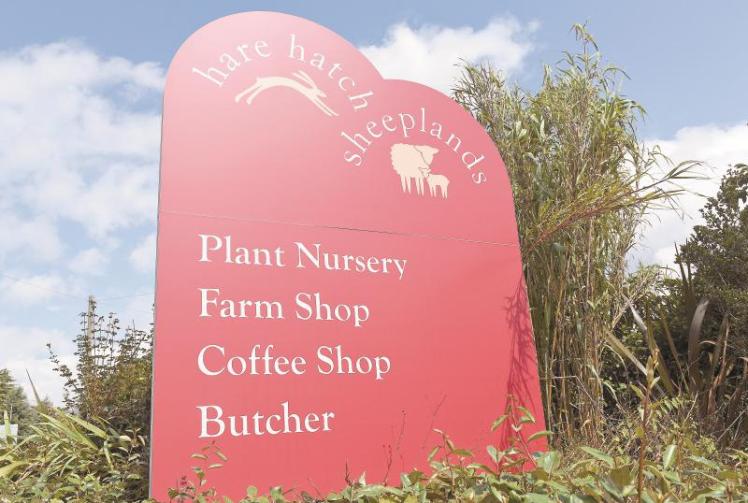 Plans to redevelop the Hare Hatch Sheeplands site have been approved by Wokingham Borough Council (WBC).

The Hare Hatch business, which functions as a farm shop, café and horticultural nursery, submitted plans to convert into a retail garden centre.

The proposals aim to house this in a new building alongside allotments, a play area, new parking and an overflow car park, and a replacement café with 250 seats.

The old farm shop will stay in place and sell produce from the allotments, which could be used by community groups and charities.

Several old greenhouses are to be knocked down.

The 3.6 hectare site is located within the greenbelt, where typically development is

only allowed under ‘very special circumstances’.

On Wednesday, March 9, WBC’s planning committee decided the social, environmental, and economic benefits of the scheme met the threshold and there would be ‘no harm’ to the character of the area.

WBC has received more than 400 letters of support for the scheme.

Councillors in two of the neighbouring wards also threw their support behind the scheme, as well as Maidenhead MP Theresa May, whose constituency includes the site.

The plans consist of a reduction of more than 50 per cent in the total floorspace of buildings – which ‘weighed further’ in the company’s favour.

Applicants have said they will ‘more than double’ the amount of full-time equivalent jobs from 32 to 69 and will improve the pedestrian links to the site and provide electric vehicle charging points.

They add that the site ‘must be modernised’ as it is ‘no longer viable’ for horticultural uses only.

After the meeting, Cllr Wayne Smith, executive member for planning and enforcement, said: “We know that many residents value this business and support the owners’ proposal to further improve it.

“This was a complex decision which required a great deal of careful deliberation, because this site is in the greenbelt and, as our planning officers rightly pointed out, Government policy is generally against intensifying development here.

“However, the planning committee recognised that this proposal will bring a wide range of benefits for all sections of the community, and this justified making an exception in this instance.”

He continued: “We’d like to assure residents that we remain committed to protecting our treasured green spaces from inappropriate development and will refuse any proposals which fail to demonstrate exceptional reasons to allow them.”

On its website, Rob Scott, Andy Dicks and Nick Barnett of Hare Hatch Sheeplands expressed their delight at the news.

Rob said: “I am truly humbled by the numerous letters and emails of support sent by our customers and the local community to support this application and all those that went before.

“It is exciting that we are now able to provide the facilities our customers and the community have been demanding for a very long time.”