Hockey round-up: Bilsland bags a brace as Marlow do double over Witney 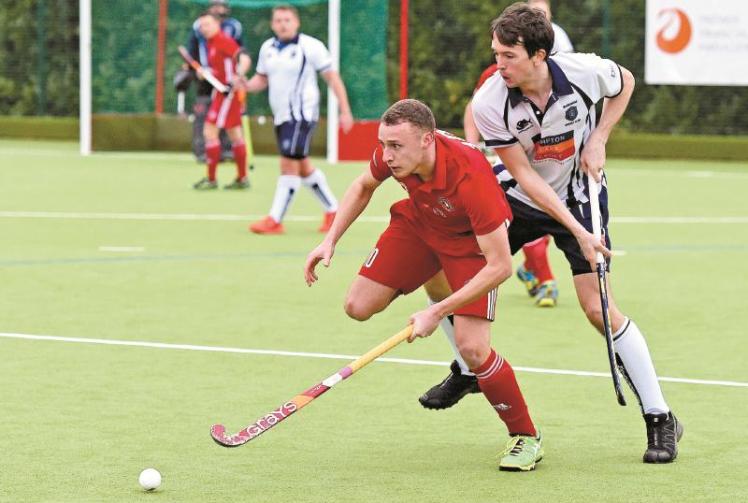 Marlow men’s 1sts remain third in the MBBO 1 Regional League after getting the second half of the season off to a positive start with a 3-1 away win over Witney.

The team had prepared well for the match after the Christmas and New Year break and always looked threatening on the counter attack in the first half.

Matt Bilsland netted a couple while Lewis Goodman was also on target as the side picked up three useful points and did the double over Witney.

They’ll be back at Pound Lane on Saturday for the visit of Reading 3rds.

The 2nds beat Milton Keynes 2nds 5-4 in a ding-dong affair. Leo Pennant finished off a fine team move to give Marlow the lead but, Milton Keynes were leading 4-3 with 15 minutes to play. However, goals from Matt Ashton and a well-taken finish from James Ashburner proved enough to take all three points.

The 3rds were beaten 2-1 at home by top of the table South Berks 2nds while the 4ths edged out OMT 3rds 2-1 away. The 5ths were 3-0 winners over Oxford OBU 5ths at home and the 6ths beat Aylesbury 4ths 4-1 away. The Strollers lost 4-1 away to Stoke Green.

There were a mixed bag of results for the women’s sides in their first matches after the Christmas break.

The 1sts lost 3-2 away at Reading Ladies 2nds and the 2nds earned a 2-1 win at Chalfont Ladies 2nds, enough to move them up to second in the Trysports Premier 1.

The 3rds were beaten 4-1 by lead leaders Phoenix & Ranelagh 1sts in Premier 2, but the 4ths beat Abingdon 1sts 3-1. The 5ths swapped places with Amersham & Chalfont after losing 2-1 on Saturday, dropping to third in Division 3. The 6ths lost 3-2 at home to Thame Ladies 4ths, having won eight of their previous 11 fixtures. They’re still comfortably on top of Division 7.

Slough Hockey Club’s ladies narrowly missed out on a top four spot – and a place in the Jaffa Super 6s national finals next month – after failing to take their chances in the final game of the regional competition in Telford this weekend.

The Pink and Blacks looked on course for a top four finish after hammering Bowdon Hightown 6-1 on Saturday.

But Buckingham managed to hold onto fourth spot on Sunday after a 2-2 draw.

Slough desperately went in search of a win which would have seen them leapfrog their rivals to claim the last finals place but it wasn’t to be.

Slough had given themselves every chance of scrapping their way into the top four with a 2-2 draw with Leicester and their big wins over Bowdon and Holcome (3-1), but they came up just short in their final match.

East Grinstead led the way in first place with 19 points, Bowdon finished up just behind them but level on points, with Sutton Coldfield third on 16 points. Buckingham were fourth on 15 points with Slough a further point adrift in fifth.

League leaders Windsor Ladies 1sts enjoyed a dream start to the new year as they beat Newbury and Thatcham Ladies 2nds 3-0 in a thrilling match.

The result keeps the side on top of Trysports Division 1 and on course for promotion, with four points now the gap to their closest rivals Milton Keynes Ladies 2nds, although they do have a game in hand.

Newbury and Thatcham started strongly and took the game to their hosts in the opening stages.

Windsor looked a little sluggish following the Christmas break and the sides went off goalless at the break.

The half-time breather seemed to aid Windsor, however, and with clear heads they took the game to Newbury after the interval. Captain Freya Hayter was instrumental in the side’s breakthrough, slaloming into the D before seeing her shot parried by the keeper. Fortunately Lucy Smith was in the right place to slam home the rebound. Minutes later Helen Edwards collected a pass from Hayter and slammed the ball home. Windsor began to open their visitors up in the closing stages and Emily Owen opened her account following her return from injury with a strike to the keeper’s left.

On Saturday they travel to mid-table Amersham & Chalfont.

Windsor Ladies 2nds failed to hold on to the lead given to them by Emma Thatcher as they were held to a 1-1 draw by Henley Ladies 3rds in Division 3. The visitors took the lead from a well executed short corner, but a spirited Henley side pegged them back from a short corner of their own in the second half. On Saturday Windsor host Bicester Ladies 2nds.

Five players were on the scoresheet for the visitors with Marcus Barrow-Marquez, Will Biff, Martyn Essary, Mindaugas Spalgenas and Sean Wright ensuring victory. They’ll host Oxford Hawks 4ths on Saturday.

In Division 6 the men’s 3rds were beaten 5-2 away by Ashford Men’s 3rds and will host the Maidenhead Magicians on Saturday.

The 2nds will play their first match of 2020 at Wallingford Men’s 3s in Division 5.

Maidenhead Hockey Club coaches Shona McCallin and Phil Roper have been named in Great Britain’s 2020 FIH Pro League Squads for the upcoming matches with Australia on February 1-2 and New Zealand on February 8-9.

The men’s and women’s squads are set to fly down under for the double header before hosting the two countries back in London in 2021.

Maidenhead’s David Ames has also been named in the Danny Kerry’s men’s squad, while Ashley Jackson, Mark Gleghorne, Liam Ansell, Luke Taylor and Chris Griffith also return, having not played for Great Britain since the Olympic qualifier against Malaysia in November.

Alex Danson-Bennett has returned to training at Bisham Abbey following her serious head injury but was never under consideration for this trip.