'I can get the team back where they belong', says Marlow's new signing Nwachuku 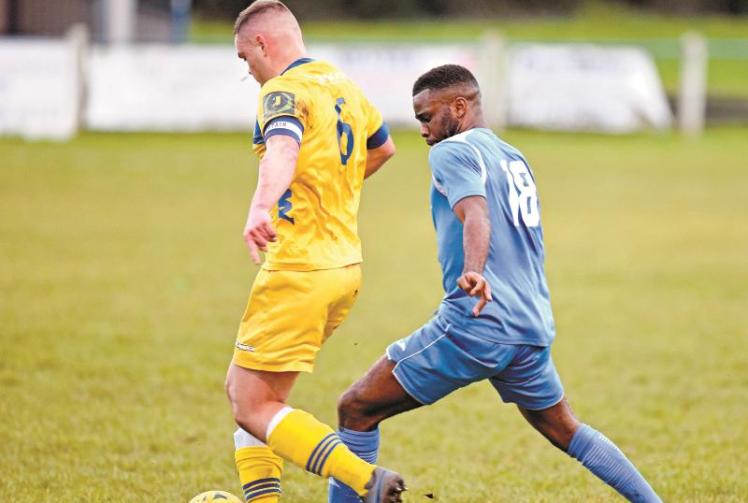 Debutant and goal-scorer Nnamdi Nwachuku is confident he can ‘get the team back where they belong’ after Marlow’s 1-0 win over Hertford Town in his first match for the Blues.

The 25-year-old joins Mark Bartley’s side from Isthmian North Division side Coggeshall Town at which he tallied up seven goals in eight appearances.

A proven marksman, Nwachuku came through the ranks at Colchester United where he scored 25 goals in 38 appearances last season.

The stats were enough to catch boss Bartley’s eye who brought him over to Oak Tree Road to bolster Marlow’s attacking options.

On Saturday, the forward made his first start for the Blues and opened his account for the club with a composed finish on the 72nd minute before being replaced by counterpart Kelvin Bossman ten minutes later.

The goal secured Marlow’s first three points in over four league matches and Nwachuku is positive his performance is a sign of things to come.

After the match, he said: “I came to help the team out, do the best I can and it just happened to fall for me today.”

“I am absolutely delighted to be here so I’m just looking forward to helping the team and get them where they belong.