Slough Town to appeal after 'dismay' over league sanctions 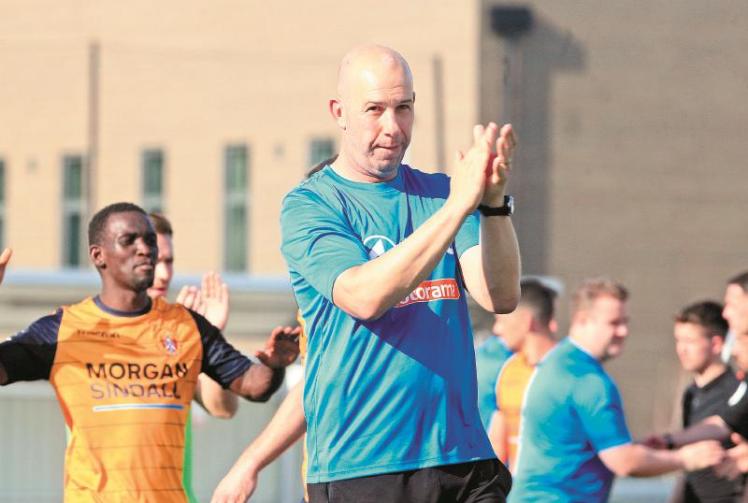 Slough Town has said it is ‘dismayed’ with the National League’s decision to fine the club £8,000 and hand it a suspended eight-point deduction for next season following its refusal to fulfil fixtures in a campaign that’s now been declared null and void.

The club has always maintained it had ‘just cause’ for not playing four fixtures just prior to a league vote which led to the season being terminated and all results being expunged.

It has said it will appeal the decision.

The National League released a statement on Friday afternoon on the outcome of the charges following the alleged breaches.

It stated that for step 2 level clubs who refused to play a fine of £2,000 and a suspended two-point deduction per game should be imposed for the 2021/22 playing season. The points deduction will only be enforced if there is further breach by the Rebels or any of the clubs that have been charged.

Speaking on Monday morning, joint manager Jon Underwood added: “The club will appeal. Whether they do that individually or in line with other clubs I’m not sure.

“I’ve read that some clubs were considering joining forces and standing together on this, which I think they should, but that’s just my opinion. There were 16 clubs, and they should stand up together to say this isn’t right.

“I’d be surprised if any club just took that fine on the chin to be honest, because I think all of those clubs took the action that they did with a lot of thought. It’s not an easy thing to do to refuse to play, it goes against everything that all of us are about, so no clubs took that decision lightly.

“I would be surprised if clubs just rolled over and paid it to be honest.”

Underwood added that he doesn’t agree with interim general manager Mark Ives’ assertion over the weekend that the league was left with no choice but to impose these sanctions on clubs.

Slough Town issued a statement on Friday saying: “Slough Town Football Club has today been given notice by The National League that it has been found guilty of not fulfilling four fixtures in the 2020/21 season, and that the club has been fined a total of £8,000.

“In addition, the club will suffer an eight-point deduction should it be found guilty of similar breaches next season.

“The club had offered a clear written explanation on each occasion and submitted a defence based on the financial circumstances surrounding the matches for the disciplinary hearing.

“We are dismayed with the decision and will be submitting an appeal to the Football Association at the earliest opportunity.”

Further to this, National League clubs have been asked to support an ‘Extraordinary General Meeting’ (EGM) to debate a resolution of no confidence in the league’s chairman and board over the handling of COVID-19 crisis.

The EGM has been proposed by Maidstone United and Dorking Wanderers and clubs have until 12pm on Wednesday to respond.

Last week’s announcement of ‘sweeping fines and sanctions for clubs’ has been included as an example of the league’s ‘questionable governance’ over the past 12 months.

The letter said that decision alone ‘smacks at best of insensitivity, at worst of punishing clubs for their good governance’.

Players keen to put themselves on Slough Town's radar at trial

Slough Town have precious time to prepare for new season

Underwood wants Rebels to find the next Sam Barratt

Rebels feel they have a strong case as appeal goes in

Barwick to stand down as National League chairman

Suspended points penalty 'would have been enough' for Rebels

Rebels to give talented local players a chance to impress